On Windows I really liked IrfanView as a basic image editor/manager.
Some of the main features I liked were

Though it did have a lot of features, they tended not to get in the way of simple tasks.

What would be a good replacement on Ubuntu?

The good replacement is gthumb. You can easily install it through Ubuntu Software Center. It has all functions that you require.

Sreenlets has a similar widget for Ubuntu desktop. You can install Screenlets from the "Ubuntu software centre". Here is the Widget

An email client called geary is in an early state of development, but provides most of the features that you want. It is explicitly designed around gmail support and the conversation view style and implements features such as starring messages and labels, but search is limited to the message headers and not the full text until version 0.3.

It may not be quite ready for your purposes, but it is worth keeping in mind, as it closely resembles the gmail way of conversation style organisation, which is in contrast to how Thunderbird deals with mail. In geary, like in gmail, related emails are viewed as one conversation; i.e. when one mail is opened, the replies and other related mails to it are also shown. For more general information, please see the wiki mentioned or the help pages here.

The screenshot below is from the latest compiled version (0.2.2), but I will update it in the future as geary develops. 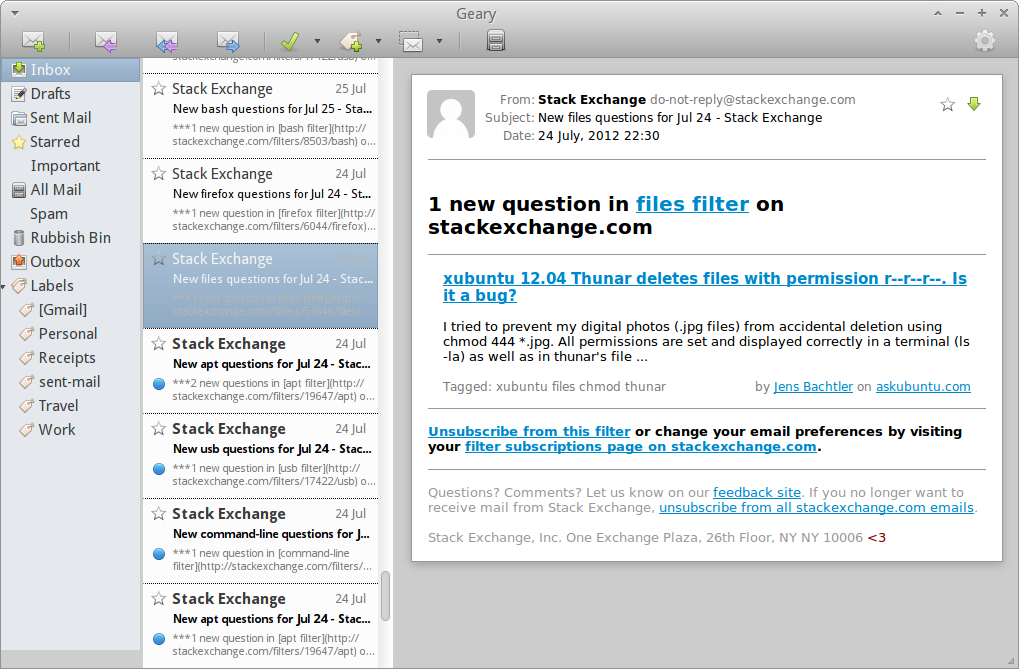 You can either compile it from source or install the ppa, while also noting the information here regarding ppas:

Note: at the current time this ppa is only for Precise (12.04) and earlier Ubuntu versions; geary 0.21 is in the Quantal repositories, but it will be necessary to compile if you want later versions than 0.21 on Quantal.