I've read a lot about commit charge and something still is bugging me. On my mac (and probably on linux too), what is the relation between VM size and and Commit memory (windows). I think I fully understand commit after some testing, but in windows it doesn't seem that the amount of virtual memory ever exceeds the swap space + ram. IN OSX (and linux) the VM size seems to almost exceed the size of my harddrive! I'm guessing it either includes shared memory more than once, or it includes allocated but untouched or written to memory. Let's say I make a malloc(2gb) (obviously not like this), is different from actually writing to that entire 2gb.

So this brings me to my question, what exactly is VM size measuring in OSX and linux. Is it a total of all the malloc calls for example (or total possible VM for instance, including practically 4gb for each process on a 64 bit machine), and how does this compare to the Commit (limit,peak,use) on windows? Does windows not let you allocate more than your swap + ram limit, as OSX and linux do and why?

In the images below you can see that in windows swap + ram equals commit (2gb). In OSX my VM size is over 200gb on a about 200gb harddrive. 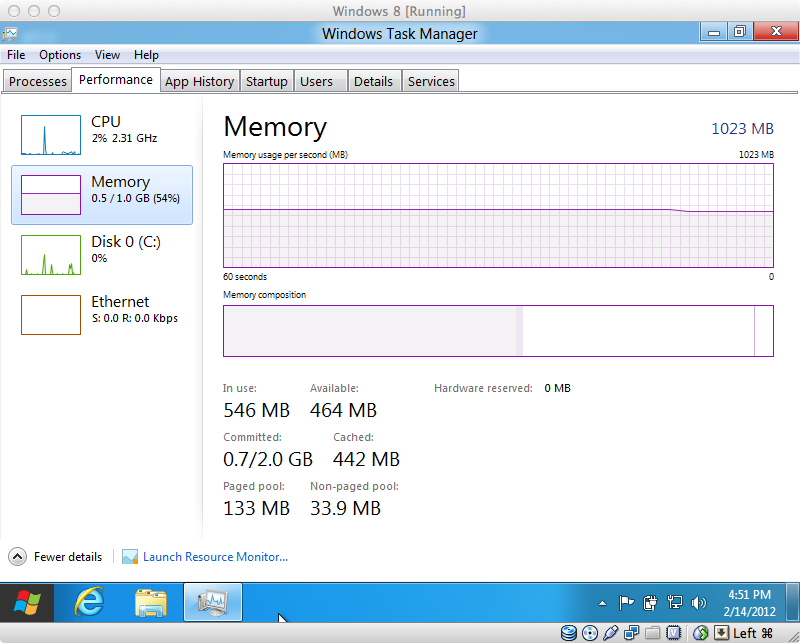 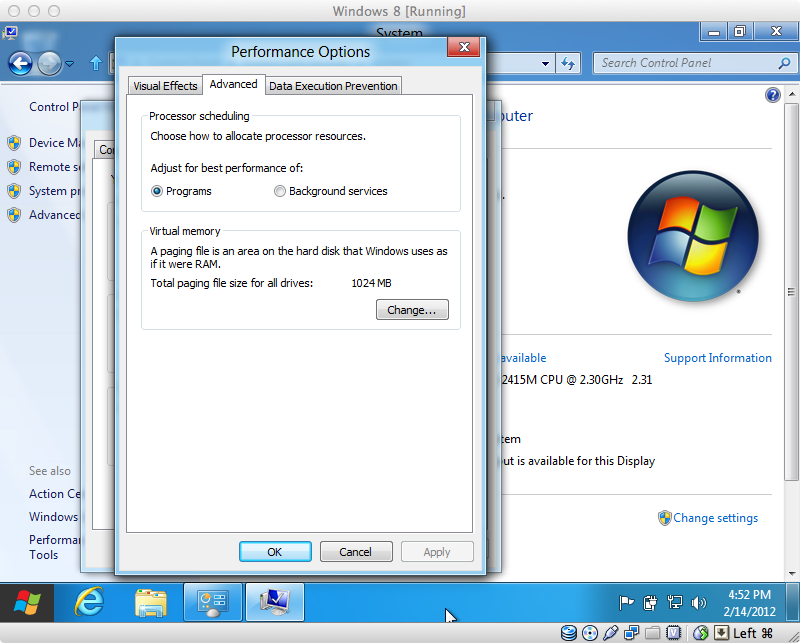 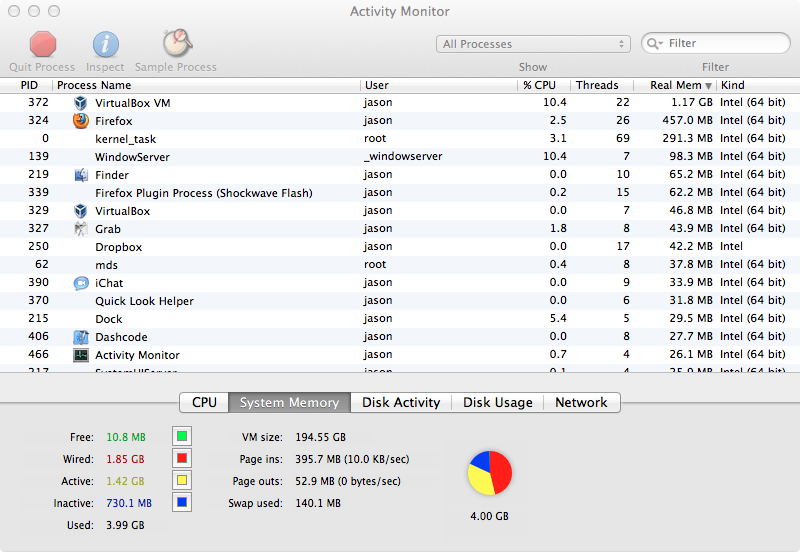 VM size is the total amount of address space used by the process. Neither operating system permits you to exceed available RAM+swap with backed VM, but you can with unbacked VM. Essentially, VM size (especially on 64-bit operating systems) is a meaningless measurement. Unbacked virtual memory (virtual memory that doesn't, and can't, require RAM or swap) is essentially free, so there's no reason to care how much of it is being used.

On a 64-bit operating system, you can open a 2GB file read-only and map the entire file into your process address space. That "consumes" 2GB of VM, but doesn't actually require any significant resources at all. And since it's a read-only mapping, it can't ever require swap.