I know this article but there is no comparison to OSX's TimeMachine.
I would like to find a backup software which is about the same as TimeMachine or better.

I would like to have such a software which can use some format of HDD which is suitable for big files (50 GB) in Linux.
I noticed that

I did start the backup first time but I wanted to go to lunch after backup was running already two hours of just 10 GB files.
So it gave me this after the lunch 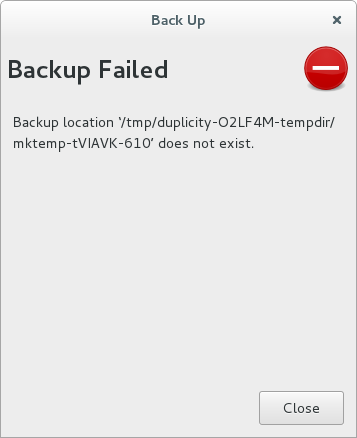 which is really insane, reported now here, since the software is not designed to have pauses in doing the backups.

You can use Cronopete. Cronopete is a backup utility for Linux, modeled after Apple's Time Machine. It aims to simplify the creation of periodic backups.Launchpad.

To install, just press Ctrl+Alt+T on your keyboard to open Terminal. When it opens, run the command(s) below:

To install from source, see Here

Or you can try Back In Time. Back In Time is a simple backup tool for Linux inspired from FlyBack and "TimeVault".Back In Time / Launchpad.

To install just press Ctrl+Alt+T on your keyboard to open Terminal. When it opens, run the command(s) below:

On a personal note, I use Systemback for all my backups, archiving, and imaging. To install it, just press Ctrl+Alt+T on your keyboard to open Terminal. When it opens, run the command(s) below: