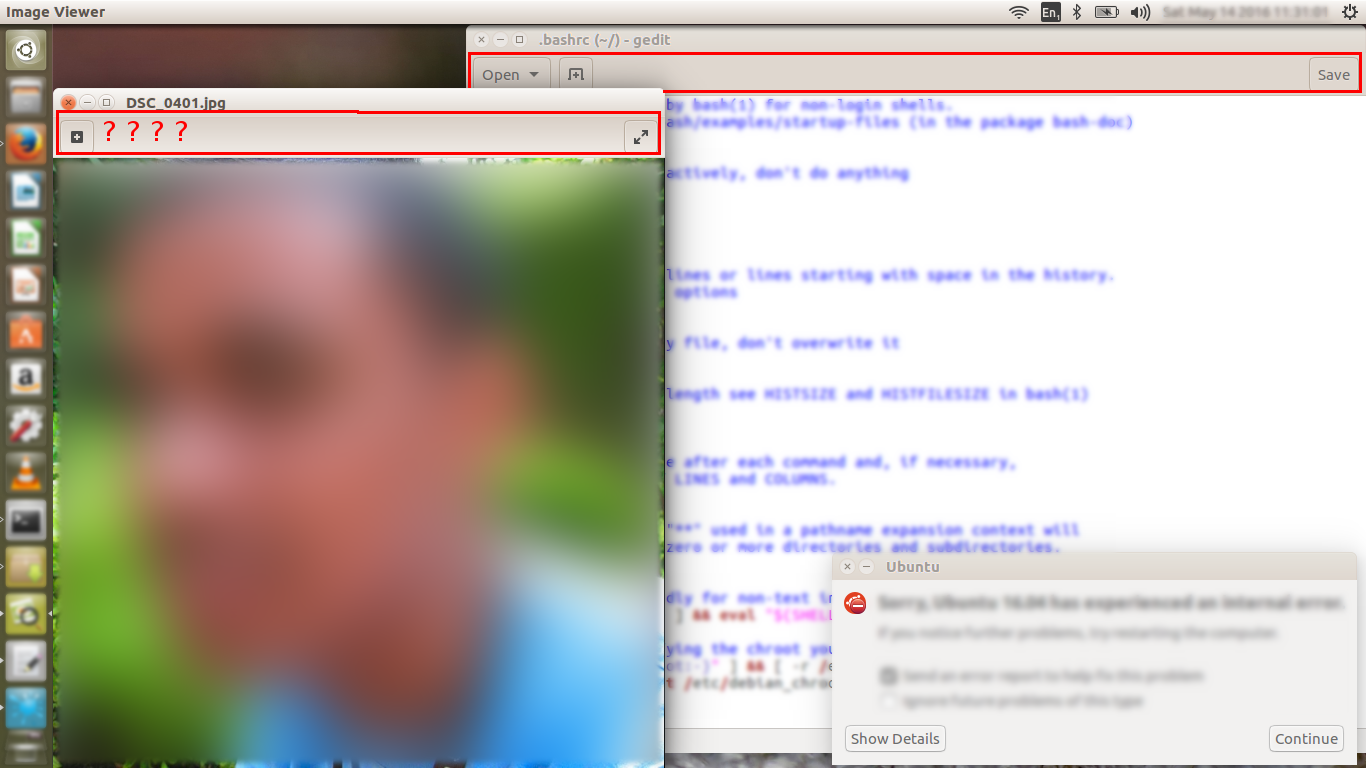 Compare it with this image: 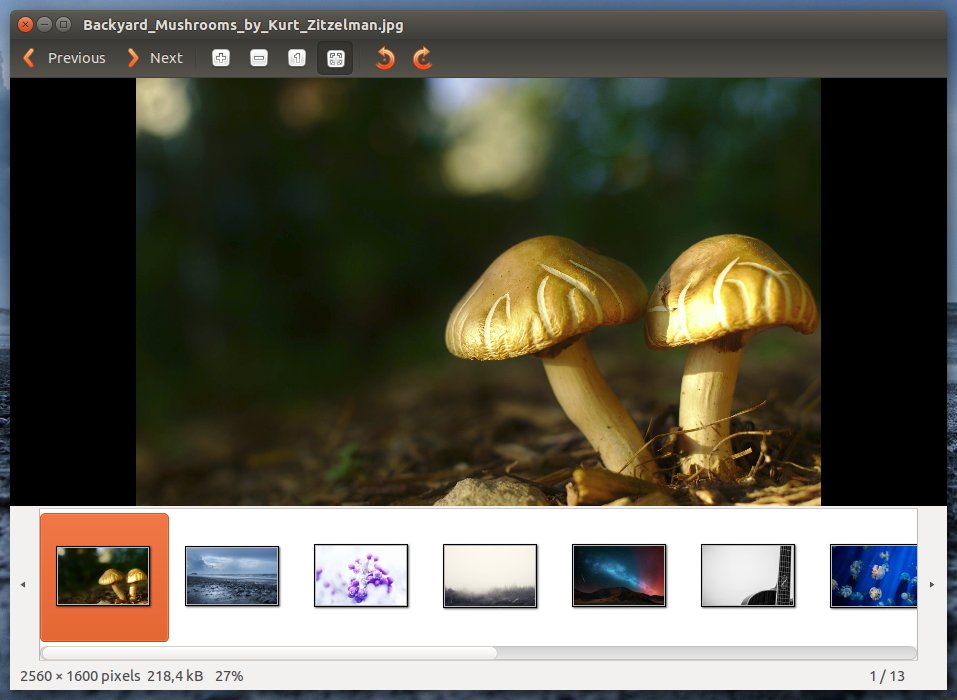 Also, other Ubuntu "stock" applications like Text Editor (gedit), Videos, etc do not have the toolbar buttons. Is this the new look going forward?

Ubuntu 16.04 is based on gnome 3.18. Applications such as eog or gedit (are part of gnome desktop environment) are updated versions and this is modified interface. In eog you can click + and set 1:1 zoom (just move to mark).

If you don't like the way it looks you can downgrade applications to previous versions like this example.

There is two problems here:

The first one is simple : option --new-instance do the trick.

The scond one is more complicated. The --display argument refers to the X server to use, not the name of the screen and/or monitor (xorg.conf terminology). So --display is not the right think to use.

When issuing eog --fullscreen image.jpg on a terminal, the image open on the same screen than the terminal. So I suppose there is a way to tell Gtk to opens on a precise screen. (NB: option -s is for slideshow, i;e. if you want one single image, prefer fullscreen.)

From the documentation of GTK/Gdk, and the source code of eog, It seems that eog create a popup with teh image, and request gdk to set it fullscreen. Gdk then requests the window manager to set the "window" of the popup fullscreen. So the decision to open the image on this or that screen belongs to the window manager.

wmctrl seem to be the right tool to communicate with the window manager. Here is a draft of a script doing that.

But you should replace 1280 with your actual screen width. Also note that, because the script use window names to identify them, this will not work if windows with similar names ('image1', 'image2') exists on your desktop.