About a week ago, I did a clean install of Ubuntu 18.04.3 Desktop on my 8GB laptop, exactly as in this other upvoted question. I chose LVM and encryption.

Somehow, Ubuntu decided to create a very small swap partition – only 1GB. This results in frequent freezes as the OS is thrashing the tiny swap partition when more than a few applications are open. (I still don't understand how in almost 2020, Ubuntu still doesn't have any way to warn the user of running out of memory ?).

Anyway, I followed the steps to create a swap file. The file is used after swapon, but not after reboot:

Also, I don't see the swap partition in Gparted after booting from a rescue USB stick:

Note that I installed Ubuntu 18 last year, and didn't run into this silly situation. This looks like a regression – is there a Launchpad ticket tracking it?

GParted doesn't handle LVM (Logical Volume Management) volumes. You need to install an LVM manager for that, such as kvpm. Shown below is a screenshot of kvpm from my system where you can see the swap volume within the nvme0n1p3 partition. 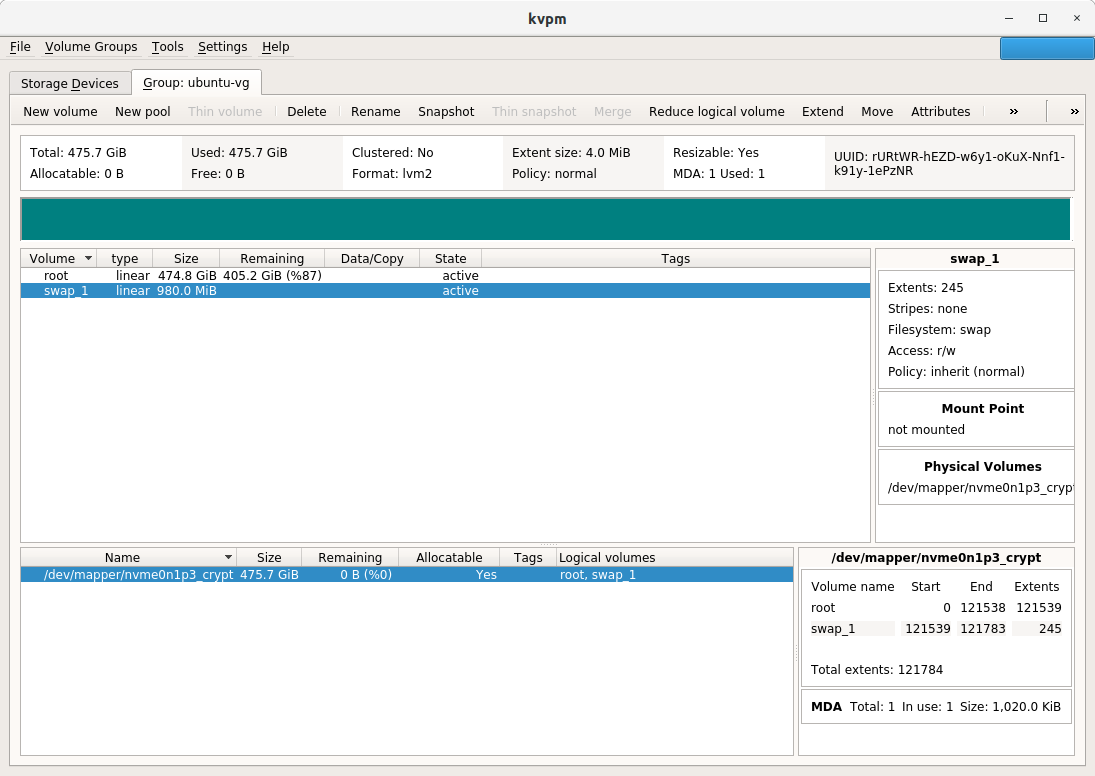 After deleting the swap volume, kvpm crashed, but then I was able to resize the root volume to include the extra ~1GB that the swap volume had occupied (right click, Extend logical volume): 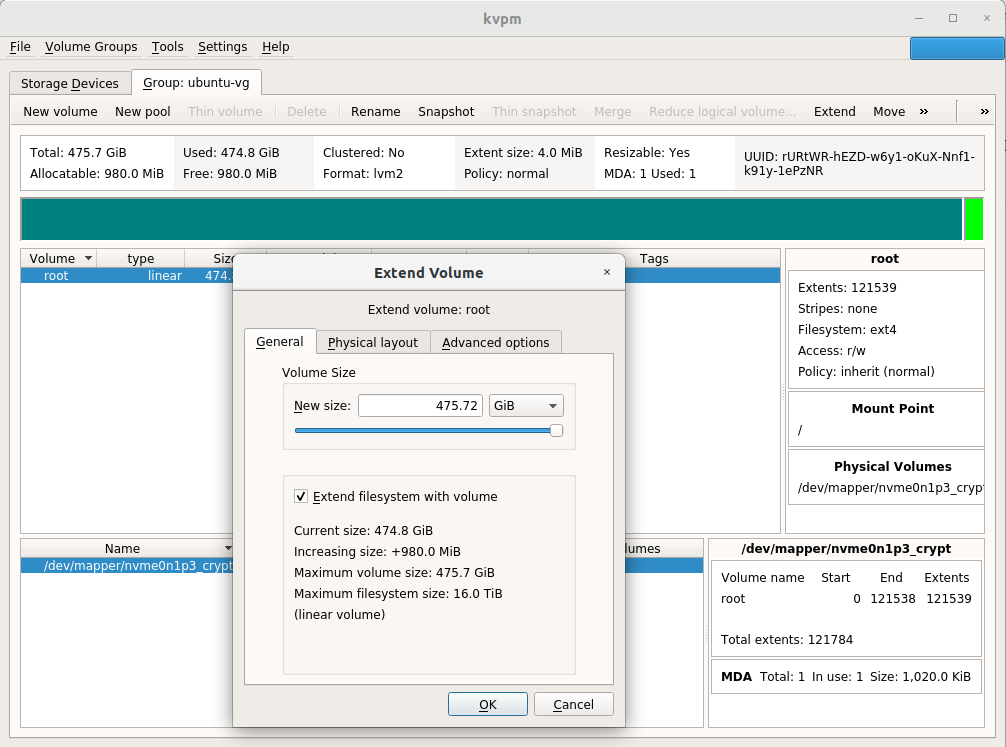 I still don't know what the ext4 partition from my question (nvme0n1p2) is used for.

Also, once I deleted the swap volume, I was unable to create another one due to lack of space. The option to Reduce the size of the root volume was grayed out.

I confess I don't fully understand LVM and kvpm, so I'd stick with a swapfile, which is clear and simple to manage (delete and recreate with different size).

Ubuntu – How to add swap after system installation

You need to edit /etc/fstab and add the new swap partition.

You need to add a line that looks like

and you get the UUID using the command

Due to the various concerns voiced here and also here I would caution against using a swap file. Maybe change your question and we can walk you through the retroactive installation of a swap partition.