After i installed some Ubuntu Updates on my PC,my FN-Key stopped working. (But i can still change it in the System settings.
I tried many ways to fix it trough the /etc/default/grub file.

My actual entry is:

I have a Acer Aspire E1-510 with Intel Inside PENTIUM

It works at least for me on my acer asus 1005P, contrary to what it's written here. (maybe the kernels are different).

Ubuntu – How to adjust screen brightness in Ubuntu 14.04

Remember that on Linux/Unix everything is a file. Brightness value is also stored in a file. Open a command line ( aka Terminal) by pressing Ctrl+Alt+T, or by searching 'terminal' application in the dash. Then execute these commands:cd /sys/class/backlight/. cd is basically used for navigating through directories. And under backlight for me there is folder acpi_video0, but for you it may be different. Use ls command to find out what folder name it is. cd to that folder as well. So for example, I would do as show in picture 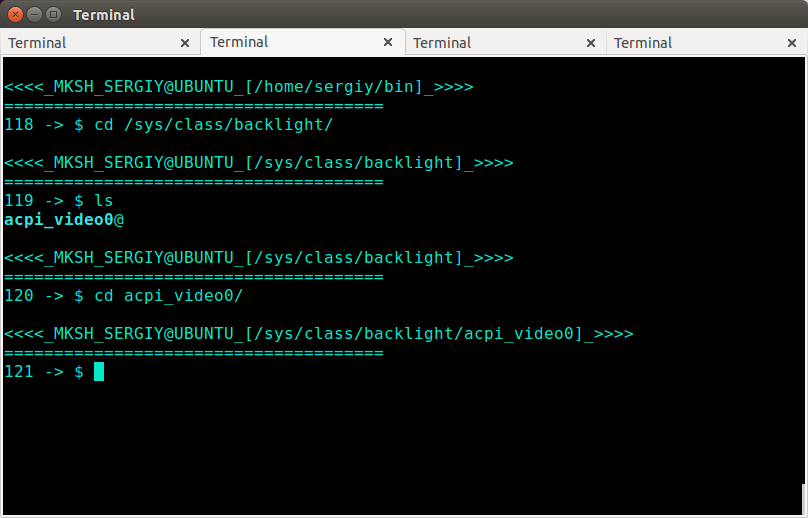 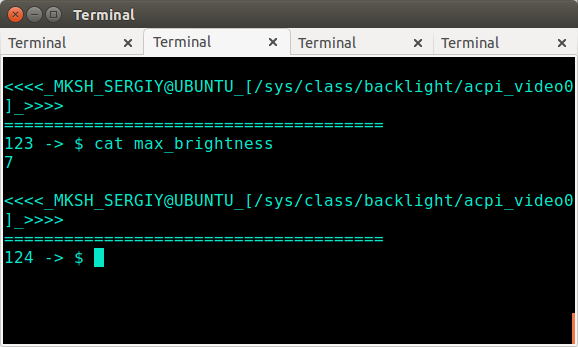 See the number 7 after I did cat max_brightness ? This is my maximum brightness value, so it means i can change brightness from 0 to 7.

Now we can edit brightness file to actually change screen brightness. We will need some text editor command. I prefer using command line text editor nano. So I would do

It will ask you for your password. Enter it, and you will see a screen something like this: 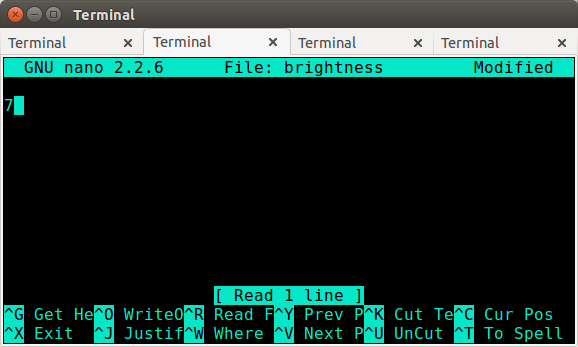 Do you see where is my cursor? right after the number. That's what i mean when i said, don't hit enter. This file has to have only that one line, no other. You can use left/right keys to move cursor, and backspace or del keys to delete old number, and then type new. Remember, that you can only go from whatever number was in max_brightness file to 0.

When you wrote new number, press Ctrl+X, it will ask if you want to "Save modified buffer". Press Y. Then it will asks what name of the file to write. Just press enter, we do not want to change name of this file. Done. At this point your brightness should change.

Small note on the side: The problem with graphic text editor like gedit, is that it tries to create a backup for every file, and brightness file and that folder has permissions such that only root can modify it, so it won't let gedit to change that file or create backup, even with gksudo - i tried

Script version: This script opens my brightness file with nano editor. Make necessary adjustments for your system, as some folder names may be different.

I faced the same problem before on my laptop Lenovo z500 ideapad after searching i found this solution :

If nothing changes , you can check the solutions of this question.