But I can only boot to a black screen. I mean after the GRUB interface and purple screen. And I can hear the voice of the password interface. But it is only the black screen. It all works OK in 12.10.

I don't know why and I have Googled a lot. But no resolutions works. My graphics card is Intel GMA HD 4000, tested as VESA: Intel® Sandybridge/Ivybridge Graphics.

I have been trapped in this for a whole day. I do need help. Hope someone can help me.

It looks I've solved this issue by adding "nomodeset" param to the grub settings. More info can be found here http://ubuntuforums.org/showthread.php?t=1613132

Hit Ctrl + Alt + F1 to reach the first virtual console. Log in there, then follow the instructions.

To get all the relevant stuff, including the kernel sources and kernel headers run next command

If the package linux-headers is not available, try running the command by specifying the exact version of the headers with:

Next, install the current Nvidia driver:

Once the installation completes successfully, check if the Nvidia driver is loaded:

If it's not, you will need to manually insert into memory. First, make sure all kernel module dependencies are satisfied and resolved:

Then, load the driver:

This should succeed and the lsmod command should show it's loaded, but the usage count will probably be 0, because nothing will be using it yet. You will need to restart the graphics environment to actually benefit from the driver:

This will restart the graphics environment, you will see the Nvidia splash, and you will load into a desktop that has the Nvidia driver running, and all that. Your problem is now resolved. 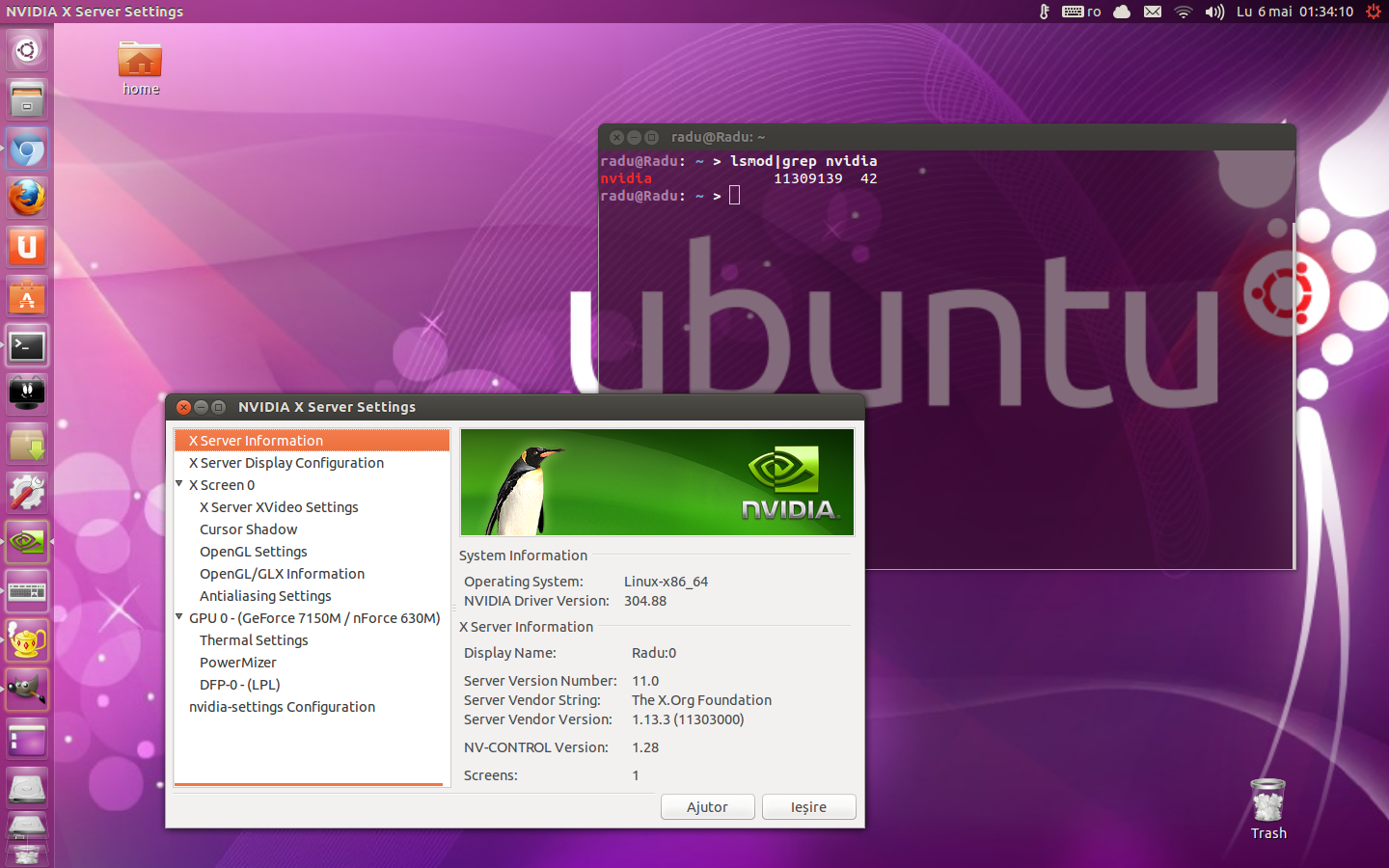 Source: http://www.dedoimedo.com/computers/ubuntu-quetzal-nvidia.html (even if the specified source is related to Ubuntu 12.10, I test this method and is working perfectly on Ubuntu 13.04).

Ubuntu – How to get better graphics than VESA: Intel®Sandybridge Mobile Graphics

Open terminal ctrl+alt+t or alternatively from you dash, press enter after each command. enter these commands one by one.

and enter your pass word

press enter to add this repository, then

You can paste the commands using crtl+shift+v in terminal but i recommend you to type them by hand so that you can memorize them.