This question already has answers here:
How do I increase the hard disk size of the virtual machine?

I am running Ubuntu as a guest on an iMac with VirtualBox version 4.1.8.

What is the easiest way to resize the virtual drive?

Please provide as much detail as possible including the correct format for any commands.

This answer is directed at a Windows host, but if you use bash in place of the PowerShell and replace '\' with '/' it should work just fine.

You can use VMware vCenter Converter.

VMware vCenter Converter can run on a wide variety of hardware, and supports most commonly used versions of the Microsoft Windows and Linux operating systems.

For more info, and to download it visit VMWare

This is caused by a lack of video memory. By default, Virtualbox only allocates 12MB to an Ubuntu VM, and as such, the size of the virtual machine is small: 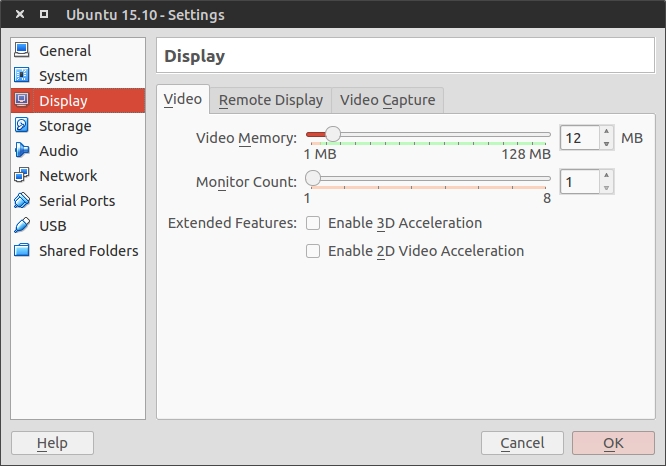 The way to fix this is fairly straightforward.

Once you create the VM and install Ubuntu, restart. Once you do that, go ahead and press the Ctrl+D. Make sure to press the right Ctrl, not the left.

Alternatively, you can go up to the top of the VM window and click Devices > Insert Guest Additions CD Image:

A window may pop up saying "VBOXADDITIONS_VERSIONUMBERS" contains software intended to be automatically started. Would you like to run it?. You can click yes, this will just skip the next two steps.

If the window I just mentioned doesn't automatically pop up, go ahead and click on the CD icon in the Unity taskbar:

Go ahead and close the Nautilus window that opens up, and press Ctrl+Alt+T.

This will open a Terminal window, in which you should enter cd /media/YOURUSERNAME/VBOXADDITIONS and then hit Tab, then Enter: 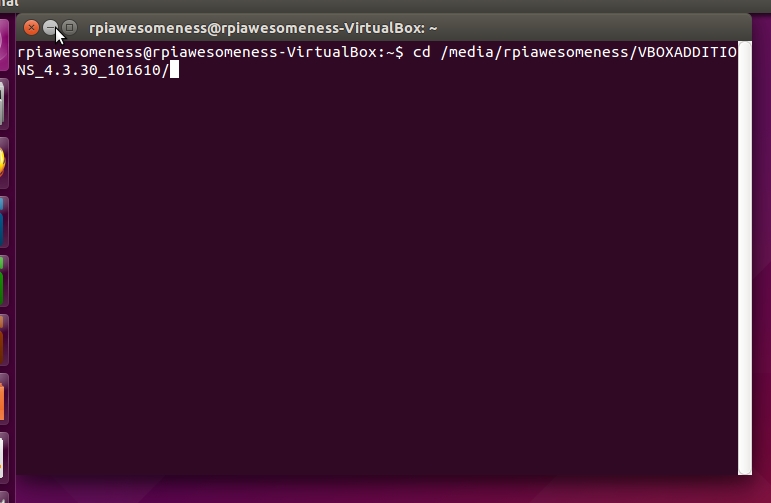 You may be prompted for your password, go ahead and put it in.

Once you do so, the installer will run. Once it completes: 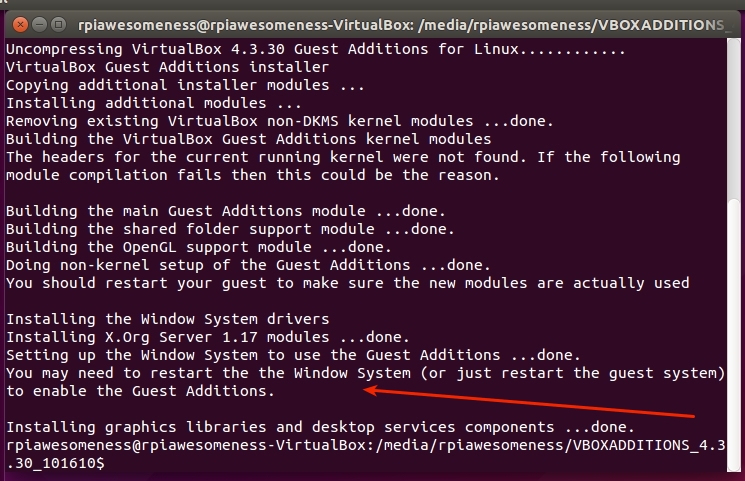 you'll need to restart. Close the Terminal window and restart the VM, and you're almost done!

Once the VM shuts down, right-click on the VM in the main VirtualBox window and select the Settings item: 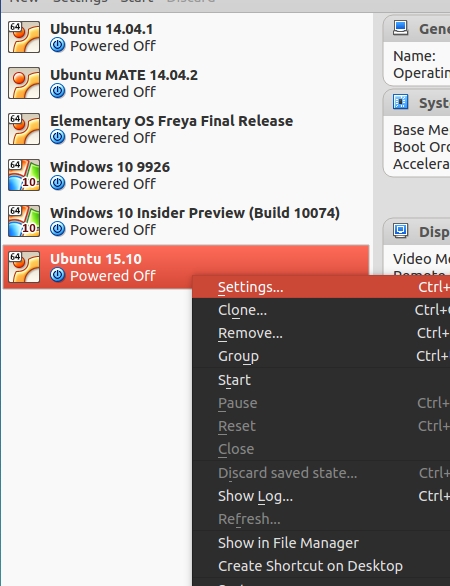 Once the window opens, go ahead and select the Display tab along the left.

Then, drag the Video Memory option all the way to the right. What previously said 12 MB should now say 128 MB. 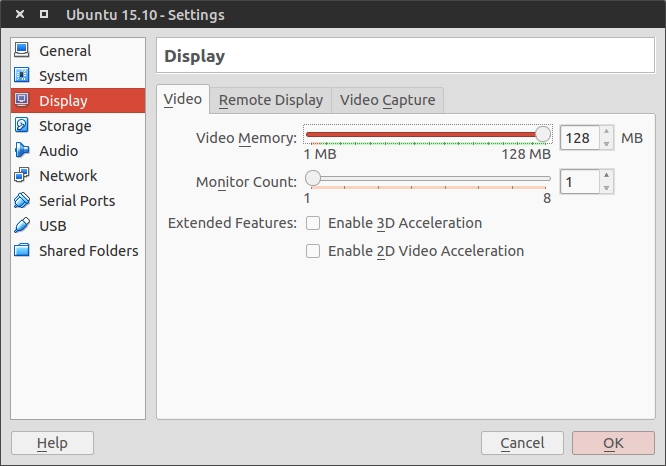 Go ahead and start up the VM, and you should be able to go full screen, as well as any other size you want!