In prior versions, I would open Nautilus and check the statusbar, which would tell me how much free space there is. Now, the statusbar isn't shown by default. I know you can enable it from the View menu, but 99% of users won't do that (and I'd rather not do that, if possible). So, is there some new recommended way to keep tabs on hard drive usage? Or is there maybe some other method that I should have been using in the past but never noticed?

There are lots of ways to find out how much hard disk space is available.

or a number of other utilities.

But I don't think any of them are going to be as simple as checking the status bar in a Nautilus window.

Ubuntu – Can Nautilus display a .desktop file by its real name

With newer versions of Nautilus (2.31.5 and later) renaming .desktop files actually changes the filename, not the Name field of the file itself.

For example, if Firefox.desktop is executable: 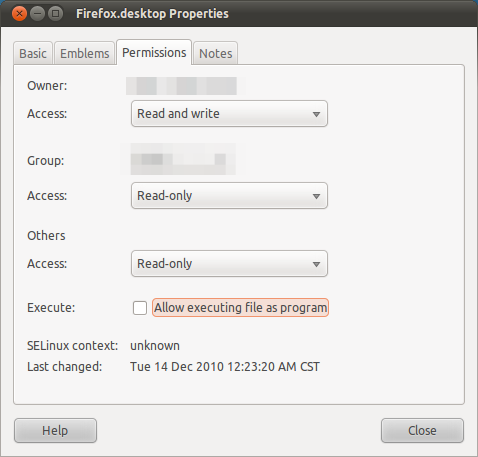 There seems to be a bug with renaming un-executable .desktop files in Nautilus.
If you don't erase the .desktop extension, the file will
have a double-extension (i.e Firefox.desktop.desktop).

Ubuntu – Why is the .xsession-errors.old file so big

You could investigate the problem. Yes, I know it's a big file, but by throwing away data and letting the computer do the work, one could:

Some messages (on my system without the problem) like:

Another thing to do is to look for deleted, but still open files:

And look for large open files: