The new version of LXPanel is available for Precise. But while installing that in Precise 12.04, it asks for libmenu-cache2 (that seems available only for Raring 13.04).

Installing that libmenu-cache2 in Precise would allow installing LXPanel 0.5.11 (for Precise). (But is it safe to install this libmenu-cache2 for Raring in 12.04? should it replace libmenu-cache1 there? it does not by default.)

The odd thing is that in a different computer with Lubuntu Quantal I see that LXPanel 0.5.11 works with only libmenu-cache1.

The problem is with the way the version of a build (especially dev version) is displayed.

In Lubuntu Quantal, the LXPanel version that works with only libmenu-cache1 is displayed as 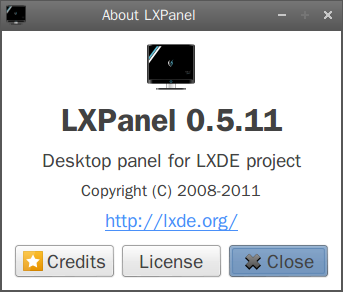 I do not know how Launchpad displayed the name of this version, but it could be a dev or otherwise improved version of 0.5.10, although I do not remember manually updating LXPanel in Quantal.

So, the dev version installed in Precise is not the same version as the one from the other computer running Quantal, but a newer build that asks for libmenu-cache2, while that quantal version does not.

(But to see the real version of a build one must look in Synaptic or run apt-cache policy lxpanel, because dev builds might show a newer version in "About" section.)

Ubuntu – Is 1GB RAM with integrated graphics sufficient for Unity 3D on 12.04

I'd say 1GB is low, considering that you have 256MB of that dedicated to the integrated Intel graphics!!

What I mean is that, with 12.04 Unity, if you will be doing a decent amount of multitasking, you will start to notice lags with 1GB. Eg Firefox open with 5+ tabs along with 3-4 other programs running in the background, etc. (This is based on my own extensive experience with a 1GB machine).

So I believe that an additional 1GB of RAM will almost certainly solve your problem. However, since RAM prices are at historical lows (should also be in Bangladesh), if you can afford it I suggest you "max out" with a 2GB module and future-proof your computer :)

Temporarily, if you do not game, I recommend reducing the integrated graphics share to 128MB. This shouldnt affect the user interface/Unity in any way.

The 0.5.11 version of LXPanel is available for Precise as deb here - but gives this error while trying to install with gdebi: 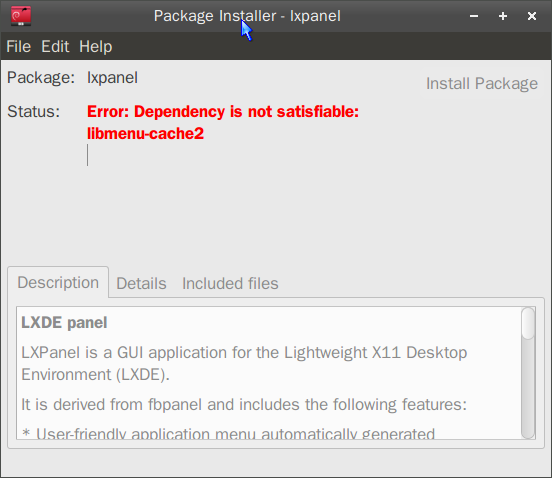 But libmenu-cache2 appears available only for Raring 13.04. Installing that in Precise and then the latest LXPanel is possible but it may be safer to stay with LXPanel 0.5.10 in Precise until update from official sources. About that dependency see this question.)