In the last couple of days, Ubuntu 19.04 (Disco Dingo) has been flashing at me saying I've got about 360 MB left and my / folder shows a pie chart with 37.5 GB in the middle of it. It is a 3 year old HP ProBook with an 1 TB disk that came with Ubuntu pre-installed

Does this help explain the missing GB? 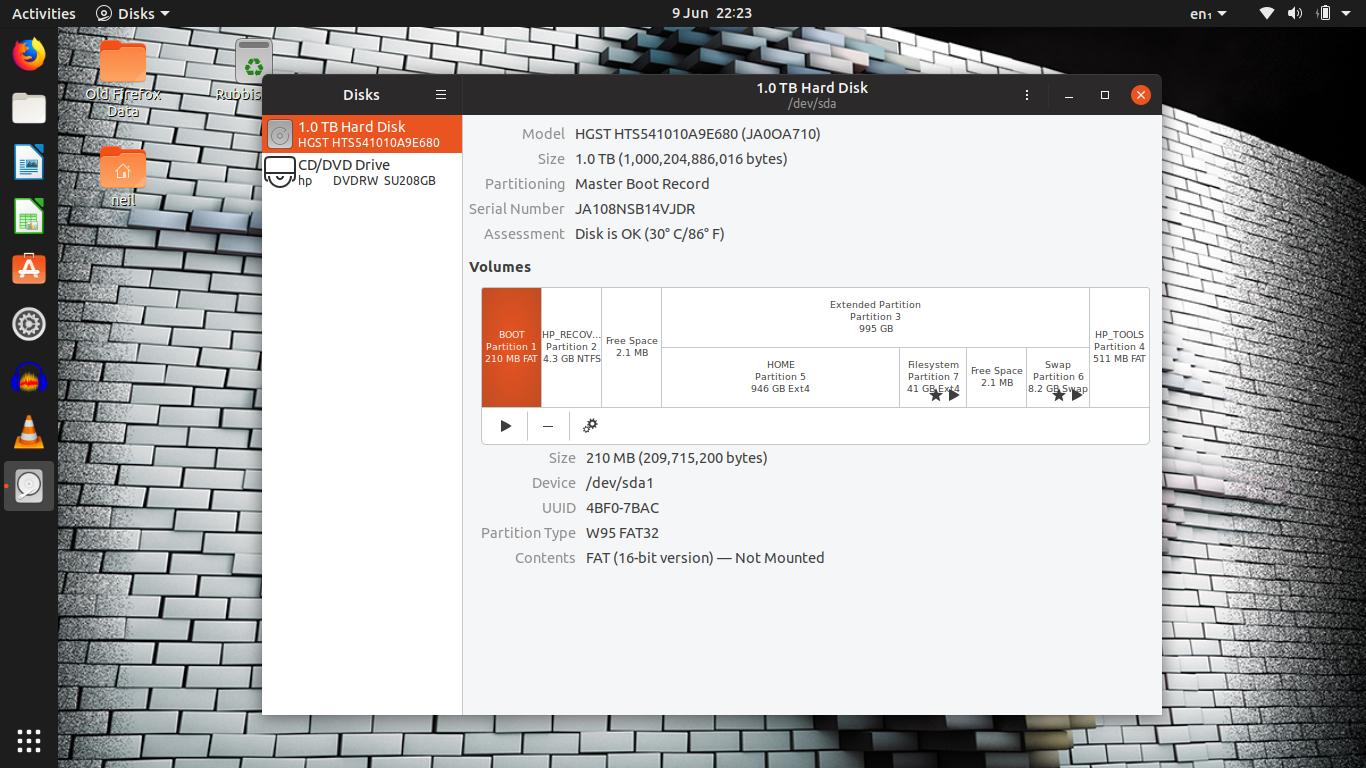 You have a quite small root partition for system files and applications, most of the disk space is in your home partition for user data.

You will either need to clean up the root partition mainly by uninstalling applications, or also removing log and cache files and such things, or you have to modify your partition layout and shrink your home and grow the system partition. The latter will be a better long-term solution, as you're not going to need less system space in the future, naturally.

To modify partitions, you will have to boot into a live system, as partitions can usually not be resized while they are mounted. To do this, you can boot from the Ubuntu installer USB/DVD and select "Try Ubuntu without installing". This gives you a live desktop where you can use GParted to edit your partitions.

As your home partition is nearly empty currently and it does not look like you'll fill it up soon, I'd be generous and give the root partition around 200GB. Even 100GB should be more than necessary, but you have the space anyway.

Note that any partitioning or file system resize operation always comes with a small risk of data loss or corruption, so making a backup of your data is advisable.