I am running Ubuntu 12.04.1 LTS i686 on VirtulBox. Every time I check the updates, there's a new Linux kernel. If I install the new kernel, I have to install the Virtulbox Guest Additions again and reboot the server. I don't want to do this every week. I know I can manually uncheck the kernel packages from update manager, but is there a way to skip the kernel update automatically? I found an answer here, but it's for Ubuntu 10. Thanks.

APT (Advanced Packaging Tool) is the system that Ubuntu uses to manage all of the software installed on a system. It allows you to “pin” a package to a certain version, so that it won’t be updated when you the Update Manager runs.

To pin your kernel packages, first you must determine what version your kernel is. One way to do this is to open the Synaptic Package Manager in System > Administration. 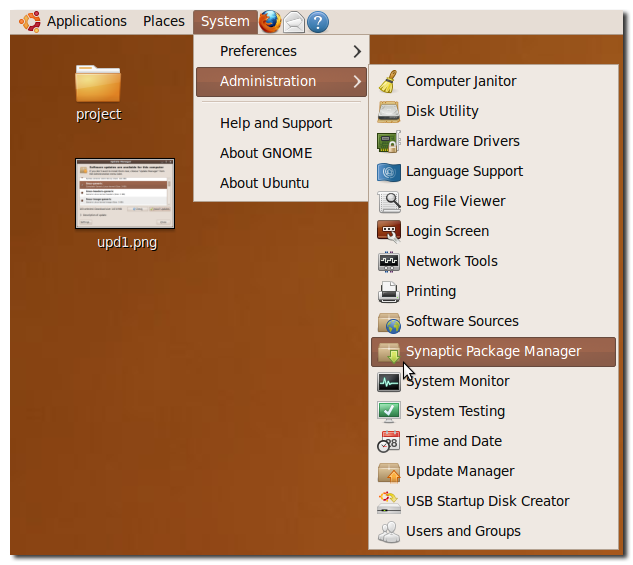 Type in “linux-generic” in the Quick search text field and hit enter. 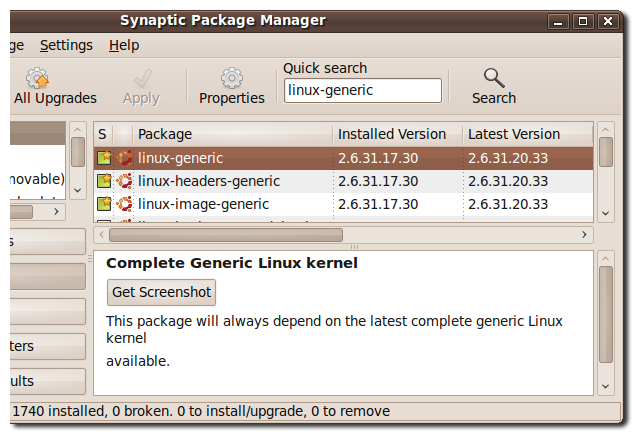 Make a note of the number listed in the “Installed Version” column. We’ll use it in the next step.

Next, we need to edit the file /etc/apt/preferences. Open it by pressing Alt+F2 to bring up the Run Application window and entering in:

This will open up a gedit window. Most likely the window will be blank, unless you’ve played around with APT before.

Save the file and close gedit. If you open the Update Manager, you should see that the Linux kernel updates are now hidden! 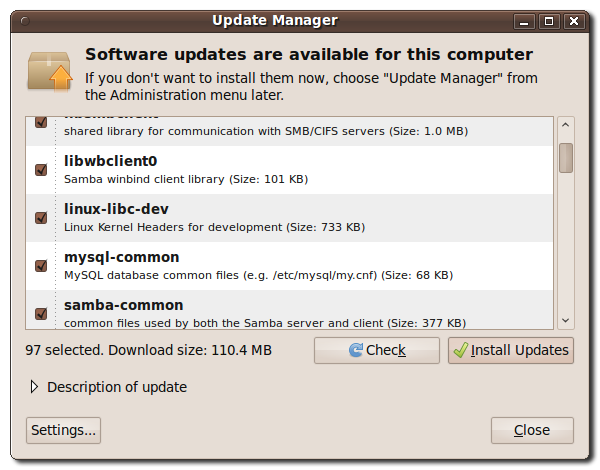 Remember the package name of your kernel from above.

Open a terminal and run:

Replace kernel_package_name with the name of the kernel you want to pin.

To remove pin from Apt/Dpkg:

Replace kernel_package with the package you want to pin.

What you're trying to do is called pinning. The sources I gave you above, have the essentials on what you must do to accomplish your tasks in hand.

Highlight the installed kernel and choose Package → Lock Version on the menu bar.

to the same effect.

Ubuntu – How to update the nvidia modules after updating the kernel

If you have installed the NVIDIA driver as an ubuntu package, it should be updated automatically after each kernel upgrade.

You can install the packaged driver using the Additional Drivers tool in the dashboard, or installing the package nvidia-current.

If you have installed the nvidia driver directly from their website it is probably sensible to remove it before installing this package - I'm not certain how good it will be at detecting the conflict.

If you have installed the package from the ubuntu repositories, you can try reconfiguring it with dpkg-reconfigure but I suspect building the nvidia module is triggered by installing a new kernel, and I'm not sure how to trigger this otherwise. The traditional uninstall and re-install might well work (sudo apt-get remove nvidia-current; sudo apt-get install nvidia-current).