I am using Ubuntu 14.04. How to install and configure the latest version of NitroShare on Ubuntu.

I would like to know how to install it from PPA and from source.

There are five ways to install NitroShare on Ubuntu:

You can install the nitroshare

package directly from the universe repository by executing the following commands:

Use the Stable PPA (recommended for older releases)

The stable PPA contains all of the packages necessary to run NitroShare and is considered stable enough for everyday use:

To add this PPA to your computer and install NitroShare, open a terminal and run the following commands:

Use the Development PPA (unstable)

The development PPA contains daily builds of the packages that comprise NitroShare. Some of the features may be broken or incomplete. For this reason, its use is discouraged for any purpose other than testing or debugging:

The commands for installing NitroShare from the development PPA are similar to the ones for the stable PPA.

Use the Binary Packages

Binary packages (DEBs) are provided for Ubuntu 14.04+. They can be downloaded from the official NitroShare website:

Once the DEB package is downloaded, you can launch it to open the Software Center to complete the installation.

If you are really ambitious, you can build NitroShare directly from source. First, you will need to ensure that all of the packages needed for building NitroShare are installed. To do that, run the following command:

Visit this page and grab the .tar.gz download for the latest release (0.3.0 at the time of writing). Then run the following commands to build everything:

To install the application, run the following command:

You will then be able to run NitroShare using the nitroshare command.

TransferOnLAN is a similar tool, based on Java.

It works in Linux (extract archive and execute the TransferOnLAN.sh file) and in Windows. Once opened on all machines, all should be visible. 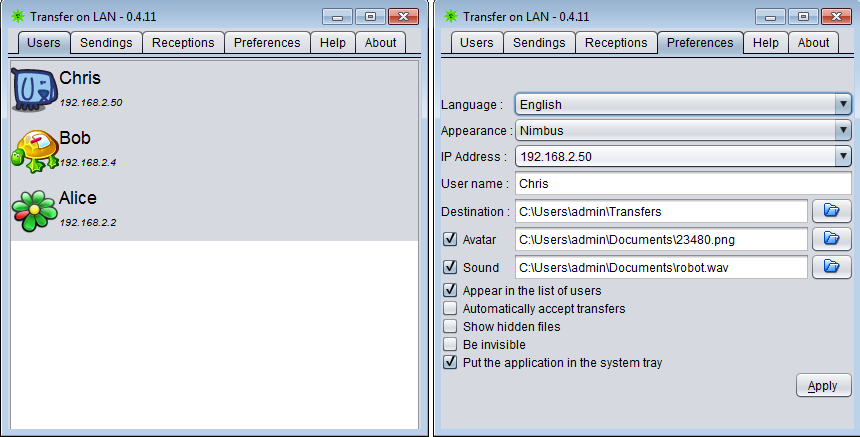 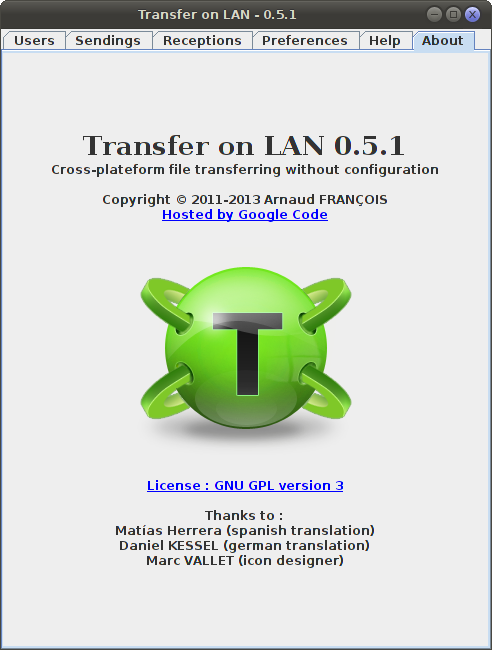 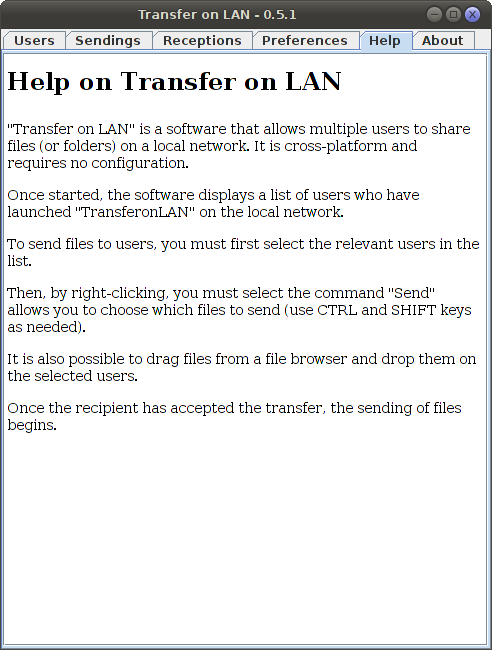 Restart the program on all machines when others are not visible as they should.

Separate files can be selected and sent together and will appear as one package as in the images above. Sending a second file while another is in progress will create a waiting list.

Dukto is very impressive and with a very elegant Metro style. It has support for many systems and devices - look for more info at that page.

In Ubuntu/Xfce 12.10 I have selected "Grab binary packages directly" and installed the 12.04 deb with no problems. 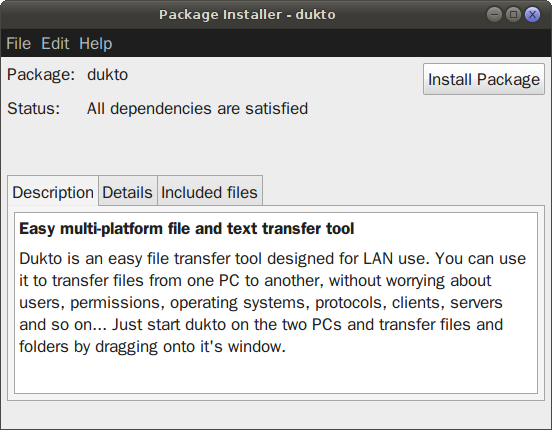 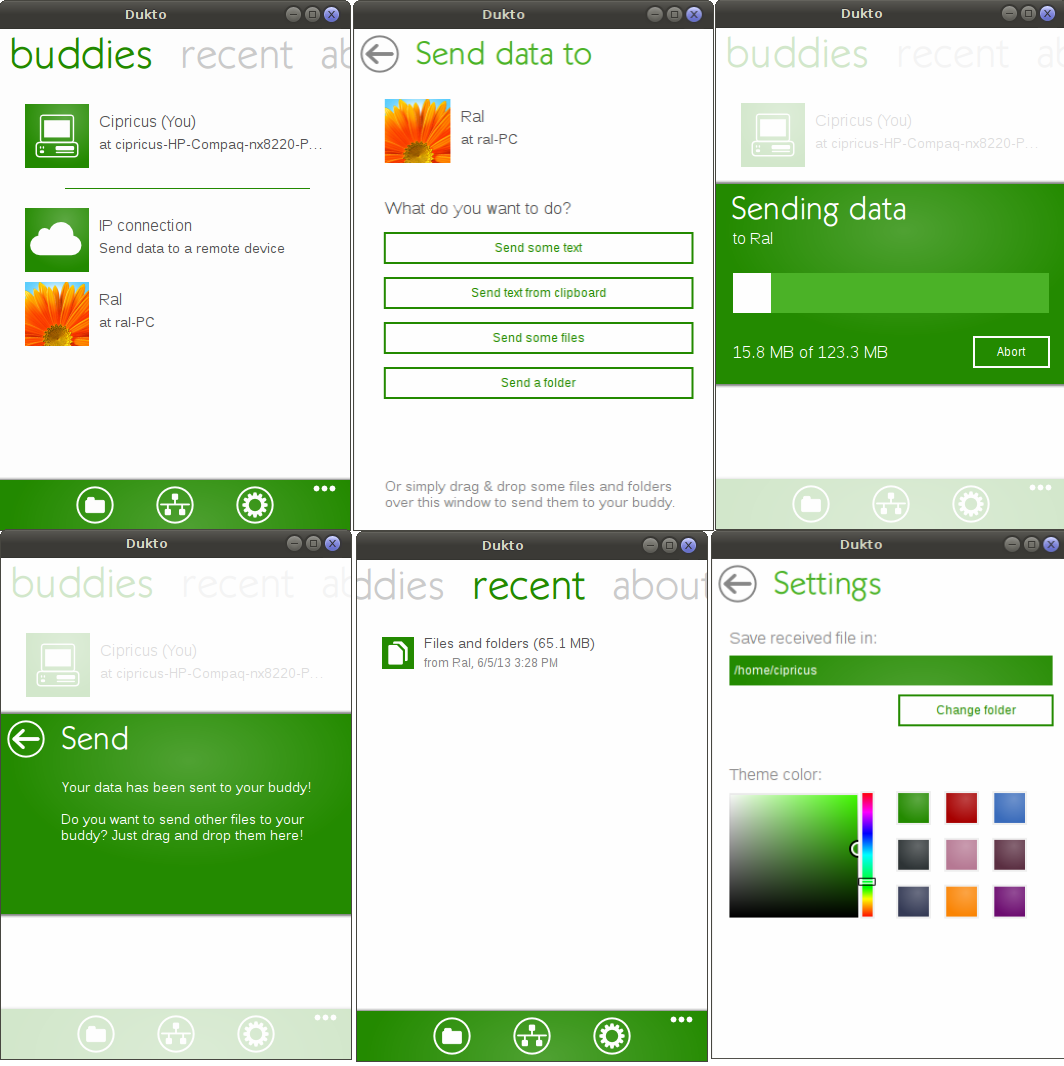 Selected multiple files (or files in a folder sent as such) are listed as one package.

Sending a second package while another is in progress is not possible.

Incomplete files or with errors may result in error/impossible transfer in all these applications.