How I can install Internet Download Manager on Ubuntu 14.04 ? anyone help me

So just follow this step by step guide to get your IDM working. So I have divided this Post in 3 parts:

Installing "Internet Download Manager"
As you know IDM is a window's application. So to run IDM on linux we need something that supports Windows apps in linux. Wine (Wine is not an emulator) is a free and open source compatibility layer software application that aims to allow applications designed for Microsoft Windows to run on Unix-like operating systems.

Note:- Make sure the Wine version installed is atleast 1.7.44. Because the older version of wine even 1.7.43 may not support latest version of IDM.

After you are finished with installing wine, you need to install IDM. Get latest version of IDM from internetdownloadmanager.com

Open the downloaded setup file with "Wine Windows Program Loader" and follow instructions. after installing IDM it will look as shown in screenshot below: 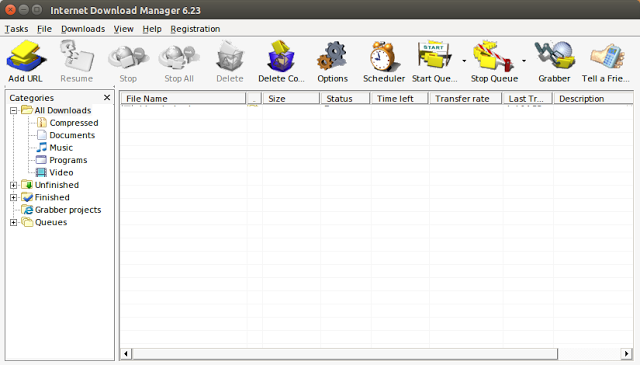 Alrighty you have installed IDM but it doesn't look good. does it??. Don't worry we will handle this look thing just after we will be done with Firefox integration Part.

Integrating IDM with Firefox Web Browser.
Downloader's integration with Web Browsers is a must thing. Copying links from Browsers and pasting them in Download Managers would be a stupid thing to do. So let us integrate IDM with Mozilla Firefox.

To integrate with Firefox we need an Extension named Flashgot. Flashgot is an Extension that allows you to download all links with your favourite Downloader with a single click.
To install Flashgot goto Tools>Add-ons and type flashgot in searchbox and install FlashGot Mass Downloader x.x.x.xx.

Next thing we need to do is to enable Wine Apps for FlashGot in order to use IDM. To do this type about:config in Firefox address bar and search for "wine". Now Toggle the value of Flashgot.useWine to true.

Congratulations you have completed the IDM installation with full firefox integration.

You can see how IDM will look after applying this theme: 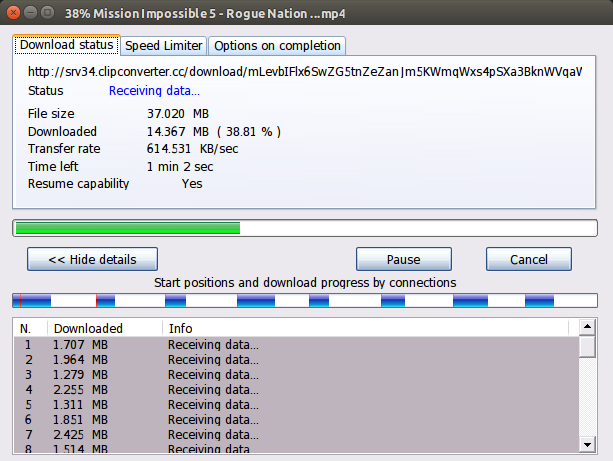 See here how IDM can be installed under Wine and integrated with Firefox.

Other multithread Windows downloaders work also in Wine, like Free Download Manager (better install the lite version), or SoMud (somewhat heavier, but which is able to search by itself videos before downloading them from different video hosts, beside being a torrent client).

You might want to consider an excellent Linux alternative: uGet - which can be used in association with Firefox+Flashget to capture videos.