Whenever I adjust the volume there's a popping sound to indicate when the volume is changing. I find it really annoying.

Is there any way to change/disable this behaviour?

You would have to turn the Notification sounds to off, or delete the specific sound that is played (but this would affect other event sounds and is not advised). 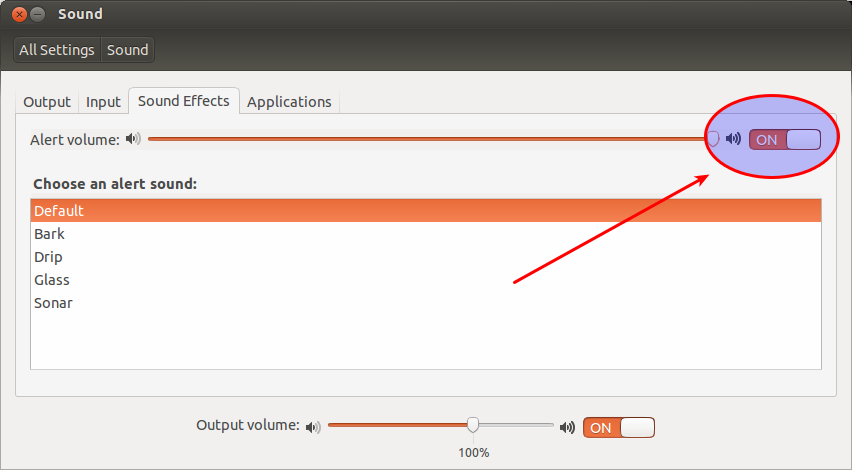 PulseAudio is an audio system that, among other things, enables multiple applications to use the audio interface at the same time. It can also be used for things like sharing audio over the network. So, PulseAudio is a good thing.

If restarting PulseAudio and then restarting the panel service works, then you might want to combine them in a script so you can do both things at once. You can then create a new text file in Gedit, paste the following and make the file executable. You do that by right clicking on the file, selecting properties > permissions > Allow execution of file. Afterwards, you can run that script as a normal program.

This is the script itself:

So, if you call the file fix_audio.sh and place it in your home directory, you'll be able to run it by pressing alt+f2 and typing ~/fix_audio.sh.

However, even if this workaround works, you should still file a bug on Launchpad so that the problem itself gets fixed for you and everyone else.

I suspect it is the power save mode kicking into action which is causing the popping sounds. Save the following into a file called audio-power-save-off

and do the following:

and see if it helps