I have an issue where my desktop is covered with the contents of my Home folder rather than my Desktop folder.
I've tried following this post: Ubuntu desktop suddenly points to home folder
but to no avail. 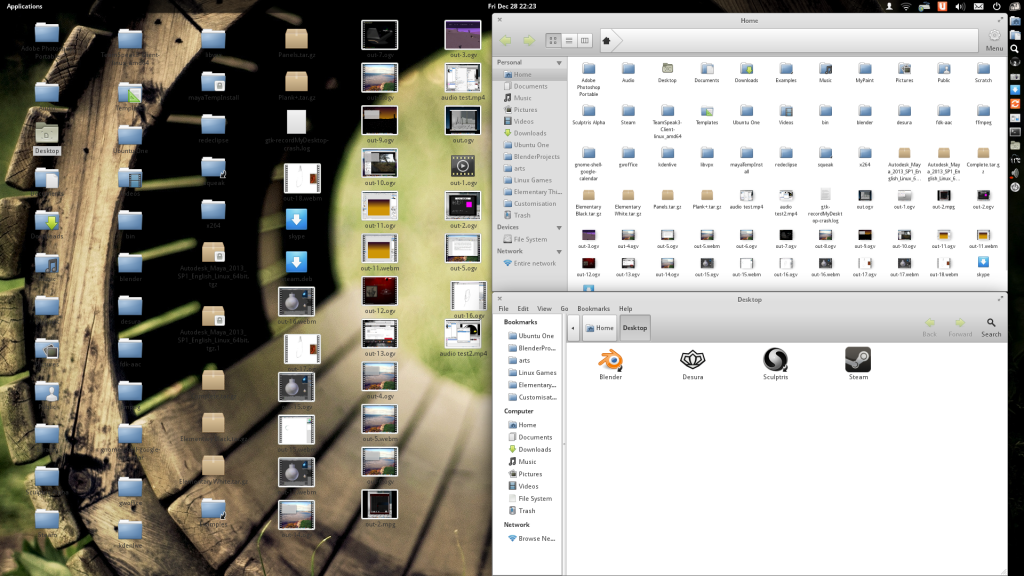 If anyone has any tips that would be great 🙂

Uncheck it if it's checked.

You may need to reboot so the ~/.config/user-dirs.dirs file can be rewritten and reloaded.

The first screenshot ("as sudo") is shown in icon view, and the second screenshot ("as regular user") is in detailed list view, but they are actually showing the same folder structure. There is no discrepancy. (tachyons's answer explains why different folders have the house icon on them.) The detailed list view is giving you a bit more information; in particular, the folder called /home is expanded to reveal its contents, including the p_sardinha subfolder.

Since the two views are equivalent, there's doesn't appear to be problem relating to how you are viewing your folder structure. Therefore we can break your question down into two parts:

Where is my home folder?

Every human user of an Ubuntu system has a home folder (which is also called a home directory, since folder and directory mean the same thing). If you had user accounts set up on your Ubuntu system for more than one person, each one of them would have a separate home folder.

There is a folder called /home. That is not your home folder. In fact, that is never anyone's home folder. Rather, /home is the folder that contains human users' home folders.

Your home folder is /home/p_sardinha, because your username is p_sardinha.

More generally, for a human user username, the user's home folder is /home/username. 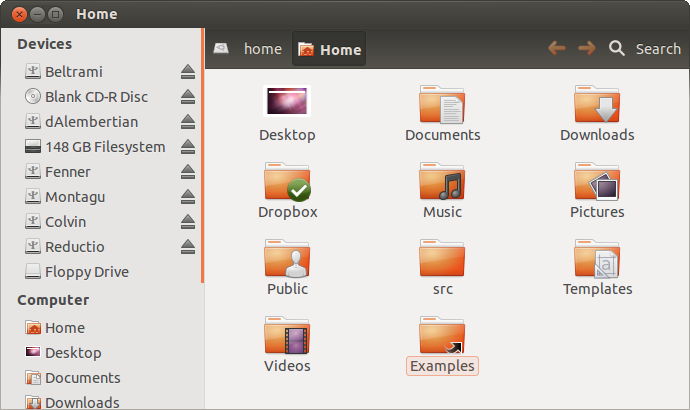 The actual name of that folder (whose contents are shown), however, is /home/ek (since my username is ek). My desktop folder is called Desktop and located within my home folder, so its fully qualified path is /home/ek/Desktop.

How can I solve a problem where an application tries to access my desktop folder, but fails because it names that folder in the wrong language?

There might be an application-specific solution, but you haven't provided details about the circumstances under which the error occurs or what application it's happening in, so I cannot provide such a solution. Fortunately, I can provide a general solution.

Since folders are sometimes called something besides their real name (for example, your home folder is sometimes called Home even though its name is p_sardinha), first make sure that your desktop folder's name really is Área de Trabalho. It's easy to check this--just view the contents of your home folder (as I did, in the screenshot above), and make sure it's called that there. I believe you have already done this.

To create this symbolic link, open a Terminal window (Ctrl+Alt+T) and run these commands:

That should solve the problem. However, your applications really should be internationalized sufficiently as not to assume your desktop folder is always called Desktop. Therefore, I recommend reporting a bug in the application in which the problem occurred, so the developers can make the application work as well for Portugese-speaking users as it does for English-speaking users.

There are two possible solutions (as far as I can tell):

This is a more advanced method that will disable desktop management entirely (including desktop folder creation and display).

If you wish to re-enable desktop management later on, do the same steps as above but use the command xfconf-query --channel "xfce4-session" --property "/sessions/Failsafe/Client4_Command" --type string --set "xfdesktop" instead.