Installed Ubuntu 16.10 on a Late 2016 Razer Blade Stealth. When I hit CAPS LOCK, the light indicator for it comes on, and it works. But when I hit it again to toggle it off, the screen gets covered in rectangular glitches, sometimes static plays on the speakers, and the device becomes unresponsive but does not reboot. A crash of some sorts.

I'm not sure if this is related to X server, lightdm, or even a kernel crash? I'm not really sure what logs to look at to even begin to start debugging.

If I disable lightdm with:

then hit ctrl+alt+F1 (no fn key) to get a text prompt, CAPS LOCK has no issue.

What could possibly be going wrong, and how do I start triaging this?

Edit 2: some other things I've tried:

I also have a New Razer Blade Stealth and I had the same problem but fixed it installing the razer keyboard driver for linux which you can find here on GitHub and disabling the built in keyboard driver.

If you get dependency errors when trying to install these driver packages make sure that you have enabled the universe repository in Software & Updates. There is also a development PPA (ppa:openrazer/daily).

Reboot, or insert the new module from the terminal:

After installing the driver you should see it

Second disable the built-in keyboard driver that causes the problem. First find the name of the driver.

Disable it ("AT Raw Set 2 keyboard" in my case)

If this no longer produces an error, make the changes permanent.

Copy the following to 20-razer.conf

Reboot and check that the CAPS-lock key no longer produces the crash.

Ubuntu – How to toggle off Caps Lock by Shift key 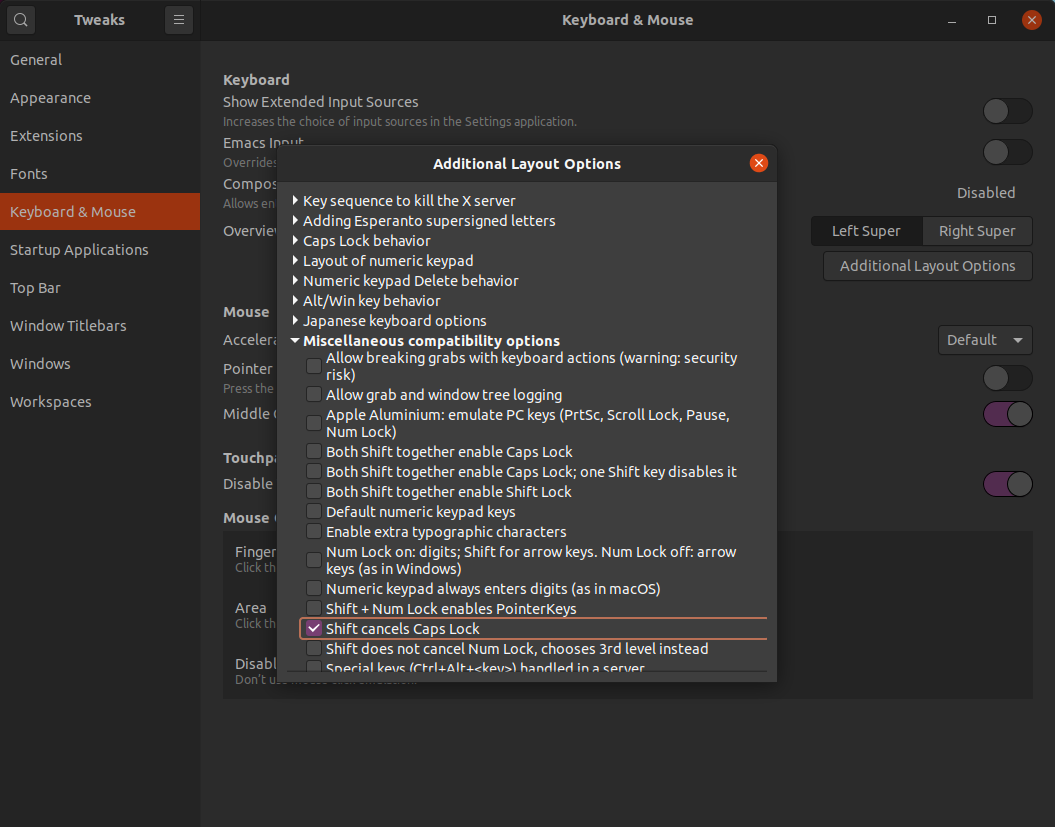 Learn to use Shift instead, that is the common way to enter a capital letter.

If you want to hit Caps Lock anyway to produce a capital letter, do note that there are reports that the delay is a known issue ((Launchpad Bug #1376903). The Arch Linux wiki describes a method to remove this delay which seems to work.

For your convenience, this script performs the manual steps documented at that wiki page:

This needs to be started as part of your desktop session (do not use Upstart for example). See this post for a method, do not forget to enable the execute bit of the script.