This may be a crazy question, but here goes…

My brother suggested that I could somehow use either a Ubuntu Live Boot CD or Flash drive or Kubuntu as a way to diagnose issues I'm currently having with my laptop. I'm running Windows 7 and for some reason my laptop has suddenly started freezing during Windows start up. This started immediately after I began seeing the hard drive light remaining on and my computer running very, very slowly – even though when I checked Task Manager it said that no applications or unusual processes were running at the time and CPU usage was 0%. Strange, I know.

I've used the Restore disks 3 times already, thinking maybe it was a virus, even though I run Norton 360 and it found nothing upon a full system scan. But every time I end up with Windows failing to start up at all, or it getting stuck on the "Windows Starting" screen for at least 15-20 minutes before it starts.

I'm at a total loss here. I'm thinking it is either a Hard drive issue or perhaps a RAM issue, but I am a total moron when it comes to the operational aspect of computers. I don't know where to begin. My brother said that if I used a flash drive of Ubuntu or Kubuntu and tried to boot from there that I would know immediately if it was my Hard drive because it wouldn't operate. I don't understand that since it wouldn't be operating off my hard drive, it would be running from the CD/flash drive.

Does anyone have any clues on what I can do to check this out? I'm tempted to buy a new hard drive and RAM, but would hate to buy something I can't return if they aren't the issue.

I'm stuck…any help would be very appreciated. Thanks so much and have a wonderful weekend.

You have an option for both without the need to install anything else:

Simply boot your LiveCD, LiveDVD or LiveUSB and on the first menu you will see the option for Checking you Memory RAM (This option will not show on EFI boot enabled systems. For an explanation of this behavior please visit the MemTest86 Support Page and a Bug Report already present since 2011): 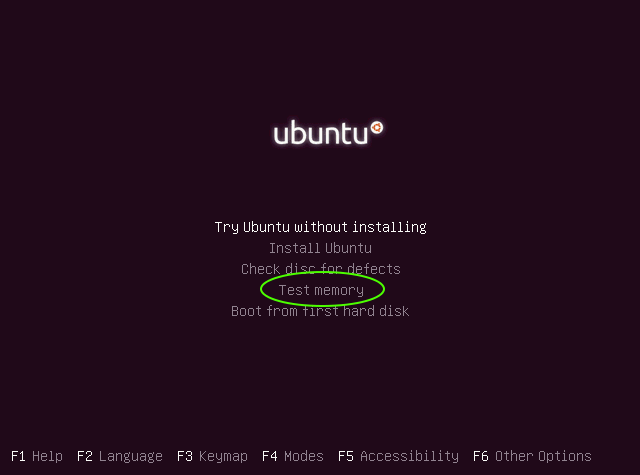 This is most likely the BEST app to check your memory. Simply wait until the first line that says PASS gets to 100% (The one that says 4% on the image below). It will repeat itself but with one pass should be enough: 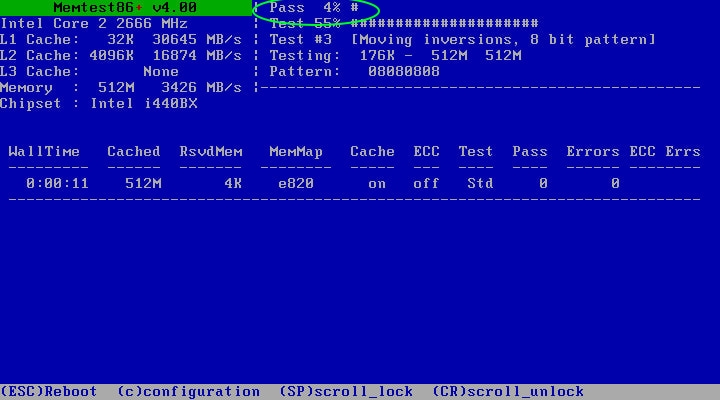 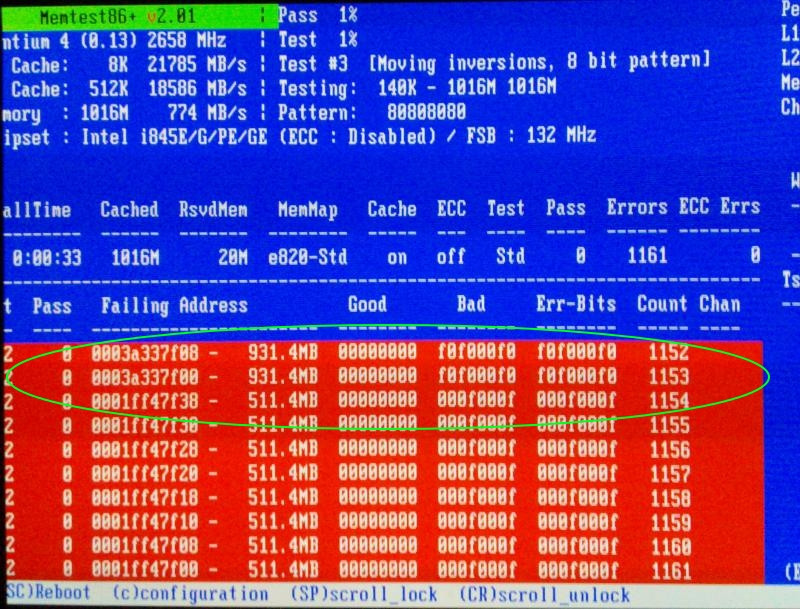 I suggest to test each memory individually if you do find a memory error. This way you will know which memory slot is the culprit and can simply change that one.

Checking you HDD or SDD

In the LiveCD, LiveDVD or LiveUSB and without any additional installation you have the Disk application. Simply open Dash and type disk, you will see the "Disk Utility" app:

Open it and it will look something like this: 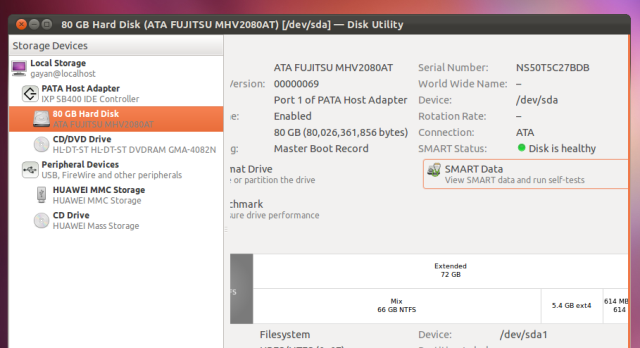 Now select your HDD or SDD and then select the Gear icons to the right. From that menu select the SMART option: 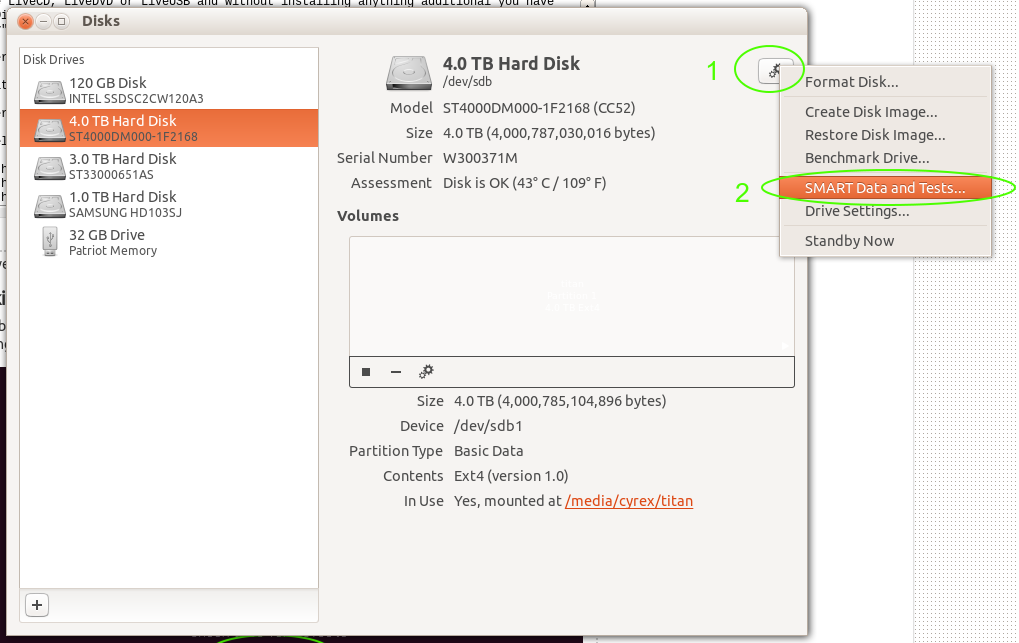 Here you can see the state of the disk, Temperature, Powered on time and any errors it has, any FAILS it has and you can even check it for problems with the Start Self-Test button below: 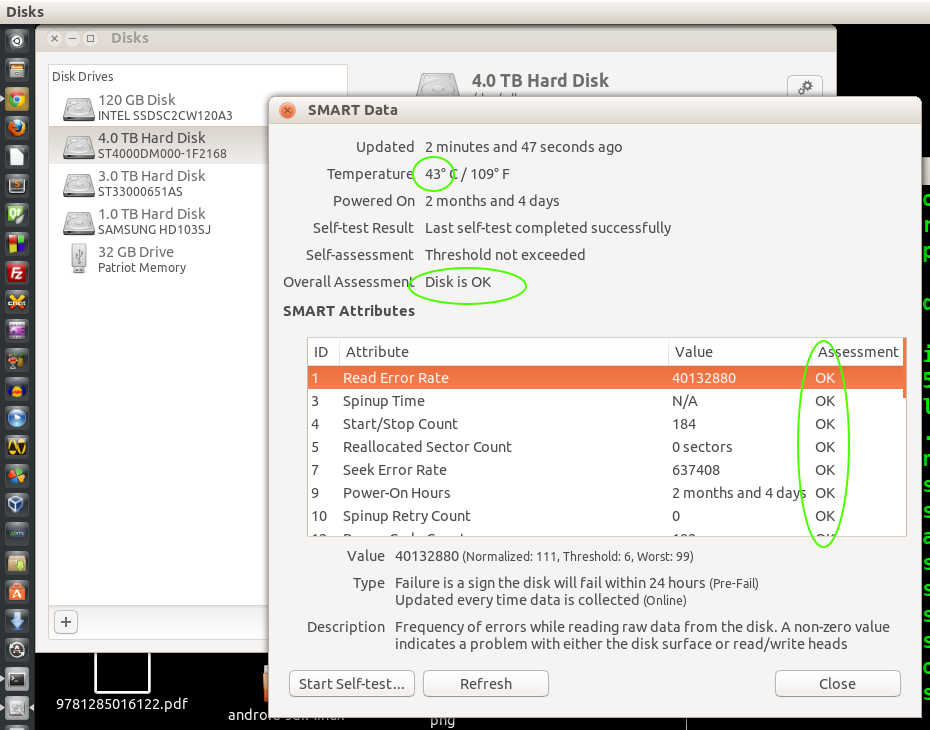 So as you can see the LiveCD, LiveDVD or LiveUSB comes in handy when you want to do some diagnostics on the computer.

I have a similar setup but on a tower PC.

Be aware that you have to create some 4 different partitions on that SSD for the EFI boot loader, root partition, home partition and swap partition.

Look around for some Ubuntu manual installation tutorials.

Your plan sounds good to me. If your MBR is installed on sda then you are right in assuming that you won't be able to boot into Ubuntu easily.

Point 7 will be the one that you will want to look at boot repair.

Your other option could also be to clone your dying drive. If you can temporarily replace your SSD with your new hard drive (or use a USB to SATA connector), you could use dd to copy over the information from your old hard drive. This would save you the reinstallation of Windows, your programs, your data and your MBR.

You will need to replace /dev/sdX with the drive letter of your old drive, and /dev/sdY with your new drive.

You can find out the drive letters with sudo fdisk -l . Your new drive will be the disk with no partition information.

It will take a couple hours to copy it, and you won't see any progress updates during that time. If you want a more verbose solution that will even try to copy bad blocks of data, you can use the excellent 'ddrescue' program as well.

To use ddrescue, you will need to enable all repositories in the LiveCD, do a apt-get update and then install it (sudo apt-get install gddrescue). The command is a bit different too: sudo ddrescue /dev/sdX /dev/sdY

Hope this helps. Let me know if you need more information.