Around May of this year, I built a computer using the following parts:

Since building it, my computer has been running perfectly fine with no issues. Recently, however, in the past few weeks or so, it has begun freezing about once every 3 days, requiring a restart. These freezes are completely unpredictable, and can happen when I'm doing anything from browsing the web or playing a game, usually late at night or early in the morning. The screen will continue to display, howeve the mouse stops moving and the keyboard does not respond (caps lock light does not toggle on). The freezes also only seem to occur while I'm using the PC, since I have never found it this way after leaving it idle for hours at a time. Aside from the random freezing, the PC otherwise continues to run with no flaws or hiccups.

I have tried nearly everything I can think of to diagnose and resolve this, including running MemTest, stress tests for the graphics card, making sure all drivers are up to date, using multiple malware removal programs, and downloading a hotfix provided by Microsoft, but none of this has solved the problem.

This is what my Event Viewer looks like right now: 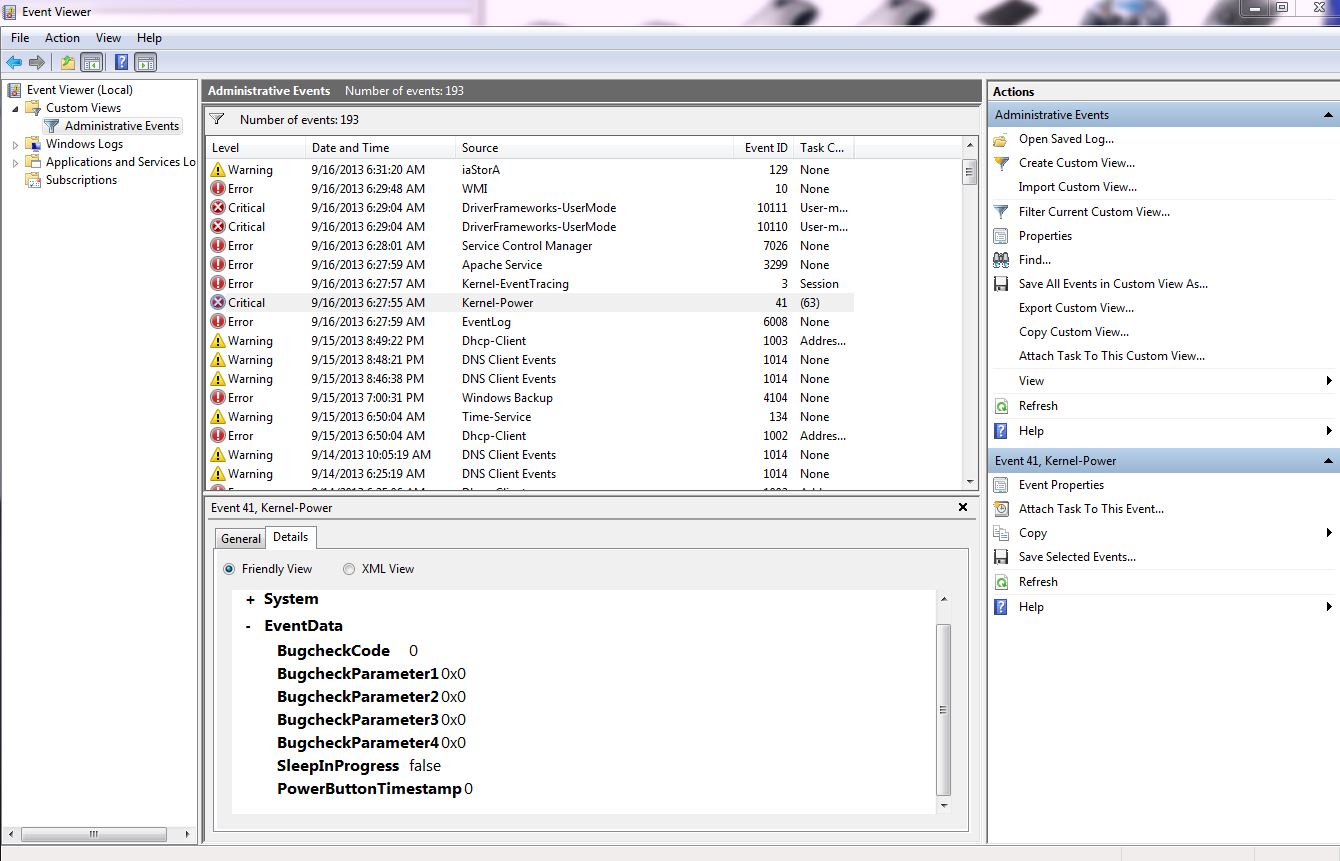 Anything to help resolve this would be appreciated, thanks.

EDIT 9/21/13: After reviewing the drivers again, I found that one of the VIA HD Audio drivers rolled back without me realizing it, due to a system restore I had to perform. I updated it a few days ago and the issue seems to be resolved for now. Thanks for the suggestions.

EDIT 10/12/13: It seemed to work fine for awhile, but the problem has come back and is worse than before. It crashes a few times a day now and I'm still having trouble finding the source of the problem.

EDIT 10/26/13: Managed to prevent any issues for about 10 days straight by leaving foobar2000 closed. Opened it up again and the computer froze within hours. Since the problem has been occurring before I started using foobar2000 instead of winamp, the computer seems to have issues with any music player, even when the playback is paused. Very weird.

EDIT 10/28/13: Froze without any media player open today. One thing I've noticed is that some of my USB devices (wacom tablet, network adapter) usually stop working before the freeze. No idea if that indicates anything important. Giving this solution a shot: http://www.tomshardware.com/forum/267846-30-devices-freeze-computer#4160168

EDIT 11/6/13: The problem seems to be completely gone now. I took the advice from that Tom's Hardware thread and disabled "Legacy USB Support" on my motherboard's BIOS. (option seen here http://i.imgur.com/AO1TpE8.jpg) No crashes since. If anyone else with a Gigabyte motherboard is having similar issues, this is definitely something you should try.

There are many reasons for this so in regards to the Kernel-Power critical error you could review,

Restore to the 'old' BIOS if recently updated.