In other words, when I create the empty project, all folders should be gray, as there are no "files" anywhere, just empty folders. However, once I place a file somewhere, it's parent and all of it's grandparents would no longer be labeled gray.

I thought I found what I needed at How to change the appearance of empty folders in finder? however, it is labeling empty folders. In my project, only the last descendants would ever be gray because all of the parent folders contain folders, therefore, not empty.

Here's the code I'm running in a /bin/bash shell script in Automator:

And then I'm passing it to a "Label finder items" to turn the results gray.

Here's the result I'm getting when run on a test folder:

And here's the result I'm looking for:

Any help will be GREATLY appreciated!

Oh, also, I beleive I can run the workflow from Hazel. If you have a better way to have it automatically run occasionally, I'd love to know that as well.

Edit: Just realized that the .ds_store files (I assume) are causing folders to also not appear empty, if, for instance, I delete the last file in a folder.

I tried a few cases, and seems it works as you need: 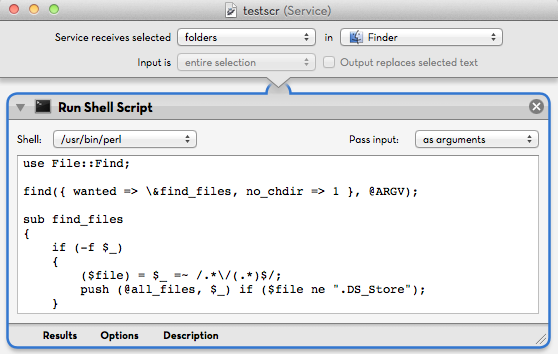