I'm trying to edit an image in Gimp by cutting the bottom half of the image and pasting it alongside the top half, to make a new image that is twice as wide and half as tall.

This screenshot shows how far I've got: 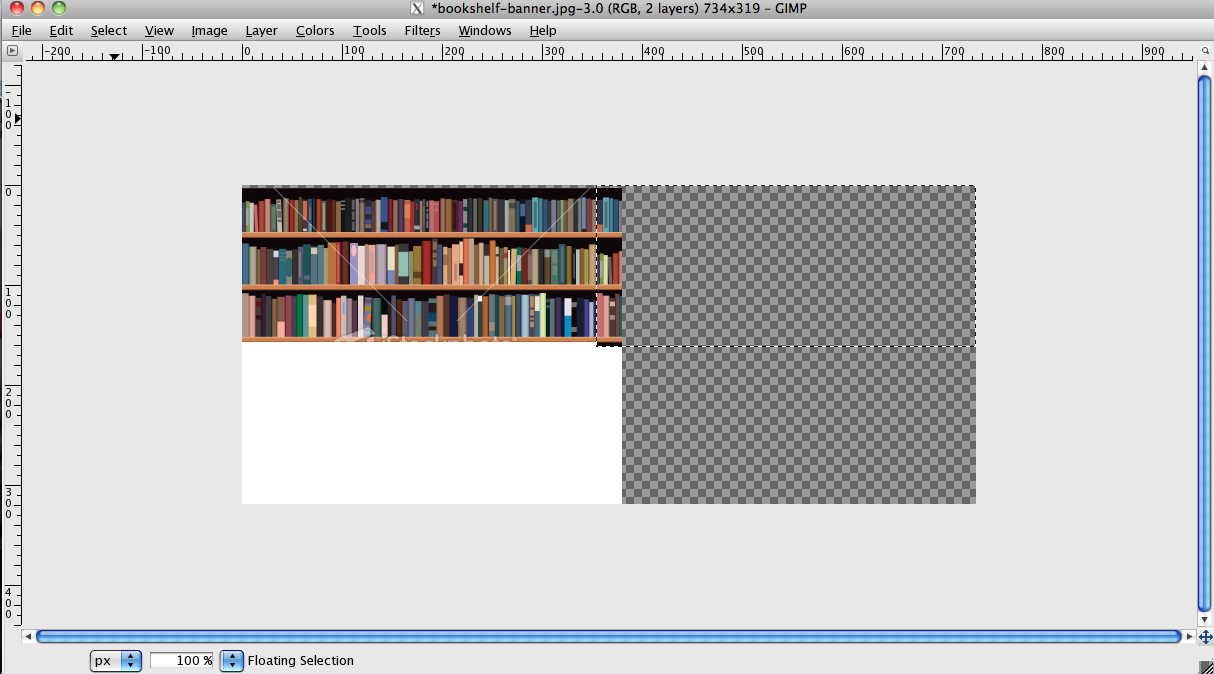 But now I can't bring the pasted layer in front of the new background canvas – no matter what I do!

If I go to Layer > Stack then the 'Bring to Top' option is grayed out. The only available option is 'Reverse Layer Order', which does nothing.

I went through your steps and didn't have any problems. Here are some things to watch out for:

When you select the bottom half of the picture and cut and paste it back, make sure that you right click the "floating selection (Pasted Layer)" in the Layers window and select "new layer".

Also, when you move the layer with the move tool, make sure that the "move layer" button is selected instead of the "move selection" or "move path". These are indicated by three pictures in the Toolbox window when you have the move tool selected.