I have a Microsoft Office 365 subscription. In Microsoft Word 2016 and Microsoft Excel 2016 the font drop-down menu in the Font section of the Home ribbon includes cloud fonts that can be downloaded and installed with an icon to the right of the font name to indicate a cloud font. 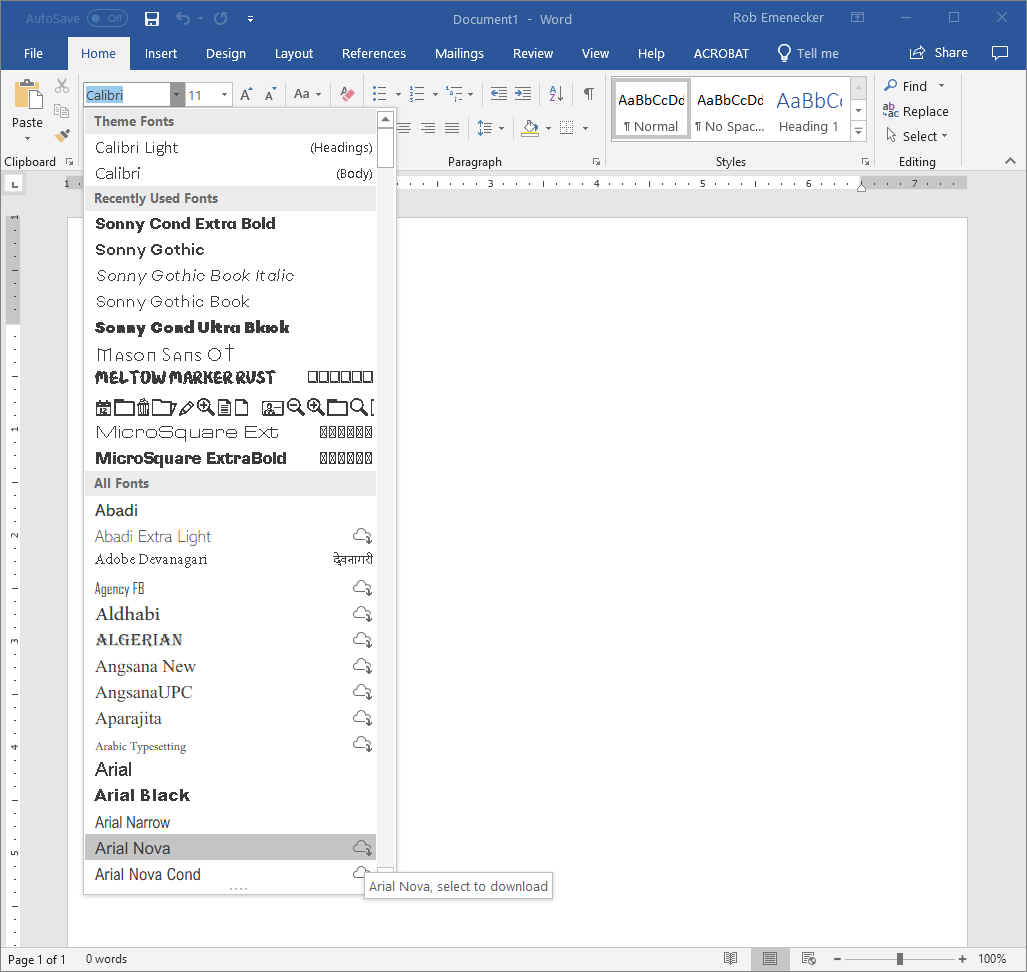 The font list in the Fonts dialog box also includes cloud fonts, but without any icon.

The cloud fonts do not appear in Microsoft PowerPower 2016 or Microsoft OneNote 2016. (I have not checked Access or Outlook.)

I am not certain when the cloud font option first appeared, but I do not think it was that long ago. When I looked through the Microsoft Word releases/updates going back to the beginning of 2017, I cannot find any mention of this feature included in an update.

I use a third-party font management tool for fonts. All of the cloud fonts are ones that I have removed from my Windows 10 Pro Fonts control panel and placed them in a font management tool. Those fonts now appear in both Word's and Excel's font list.

How do I disable or remove the cloud fonts from Word and Excel font lists? I do not want them there. They are creating far too much clutter, and worse, myself or another family member could accidentally click on one of those fonts and then I would have the font installed outside of the font management utility.

You could turn that off, but it also disables other services which require the cloud.

Granular control over Cloud fonts does not exist. We will consider this feedback for future releases.